Former Loblaws in Duvernay: an Irritant to the Neighbourhood 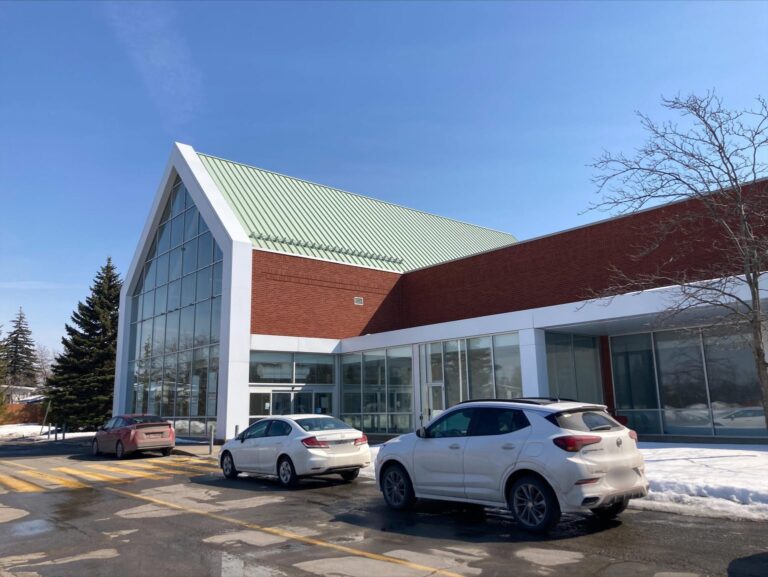 In 2016, Loblaws supermarket on Boulevard de la Concorde Est was closing its doors, leaving a huge parking lot and building worth $9.5M, unused or almost.

Citizens of Duvernay are complaining about the repercussions of this abandonment on their neighbourhood.

Indeed, Roland Martel says that car racing in the parking lot are a common thing.

Although there is a noise barrier at the delivery dock, this one is badly positioned, according to the neighbour of the place for past 40 years.

Martel filled several complaints to the owners, as well as to the city of Laval, complaining about the noise of the delivery trucks. These procedures remain unsuccessful to this day.

It’s said that the snow removal of the places is causing a racket on the evenings and days following storms, as the heavy machinery quickly moves forward and backward to finish as quickly as possible, and that, in the middle of the night.

However, the parking lot also serves as a dog park, which is something  citizens appreciate.

Many children go there to slide, despite the lack of security, as vehicles circulate there regularly.

During its investigation, the Courrier Laval  learned that the vacant lot has even hosted outdoor parties.

Despite these rather positive aspects, Patrick Lauzière, administrator of the Groupe d’échange projet site Loblaws Concorde on Facebook, defends that “this industrial-looking site with a vague function doesn’t fit very well in the neighbourhood”.

Although no poster indicates its use, the building seems to be used as a warehouse.

Let’s note that the owners of the land, Choice Properties, still haven’t responded to repeated questions from the Courrier Laval.

Several citizen consultations have taken place because of the co-design process, coordinated by Laval in winter 2017.

After four meetings, the real estate development project that was drafted for the site fell through. The reasons behind that decision are still unknown.

However, various elements had reached a consensus, including a maximum height of three to four floors for multiple dwellings, and a commercial presence on Boulevard de la Concorde.

Above all, Patrick Lauzière specifies that people present during the consultations wanted “everything to be done with finesse and attention to details by architects who will take into account the harmony of the site”.

Residents have also expressed their attachment to the Saint-Maurice church, which is right behind the former Loblaws. They would therefore like the church to be enhanced with the new real estate development.

Some elements certainly remain to be deepened, including the viability criteria of a residence for the elderly. However, consultations have stopped before deciding on the matter.

“In the past, many residents have also experienced noise and nuisance problems related to some businesses, such as a bowling alley, night deliveries by truck and loitering around the arcades,” also notices Patrick Lauzière. “Attention must be paid to those aspects when redeveloping the site.”

That’s why he’s suggesting a compromise between density and the status quo.

In his ideal plan, there would be commercial buildings on the ground floor, with 80 rental condos on the upper floors. A community space would be built close to them. Several green spaces are also put forward in his plan.

Lauzière adds that mid-range condos could be built in harmony with the cottage-style houses nearby.

Finally, several units of the same style, which are 30 semi-detached and 10 high-end single-family homes, could be built as well.

They would be located at the ends of the site, attached to the existing residences, to serve as a buffer zone for public spaces.

Right now, Laval is overhauling all of its city planning regulations. Those should specify the city’s powers on the territory.

Alexandre Banville, from the Office of the Mayor of Laval, points out that this reorganization will define the future of the site.

Otherwise, Laval can indeed make land acquisitions for the public interest, but it can’t develop a private housing project there.

For now, the site’s future of the former Loblaws remains in the hands of its owners, Choice Properties.