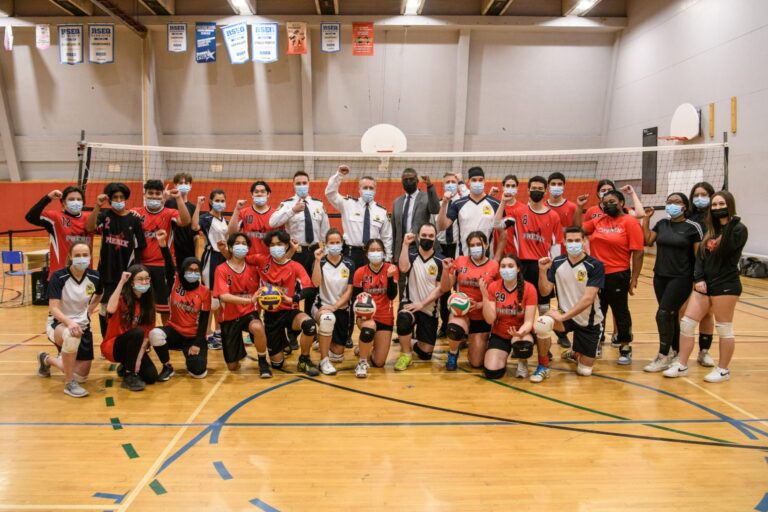 As part of a pilot project, a team of police officer is at Saint-Maxime high school in order to interact with the students and establish a close relationship with them.

Police officers’ role in the school is to do prevention and raise awareness, with repression having no place in the targeted approach.

“Their presence responds to a need in terms of awareness, but mainly from an interrelational point of view,” said Andrée Primeau, principal of Saint-Maxime high school. “Police officers are involved with the students, establishing unique and privileged links.”

They’re discussing various topics with them, including cybercriminality, bullying, domestic violence and more.

In that sense, they’ll try to establish action or intervention plans that can help counter some of the problems.

“Mutual trust, active listening and dialogue are essential to maintain a real and lasting sense of security,” said Pierre Brochet, director of director of Laval’s police department. “It’s essential for us to strengthen the close relationship we have with the students.”

Those same police officers also inform students and school staff on topics related to the justice system and the enforcement of laws and regulations.

The goal of the project is to develop and consolidate interventions between police officers and students by increasing police’s presence in school environments.

“That pilot project is a perfect example of a collaborative and concerted initiative looking to fight against violence,” said Yves Michel Volcy, Executive Director of the Centre de services scolaire de Laval. “ will certainly have a positive impact on all students and staff.”

The implementation of that pilot project would allow any student living a difficult situation to be guided to a socio-community agent to get support.

Together, they’ll be able to find solutions, and the students will be oriented to the relevant resources.