Common Front to Revitalize the Vieux-Pen 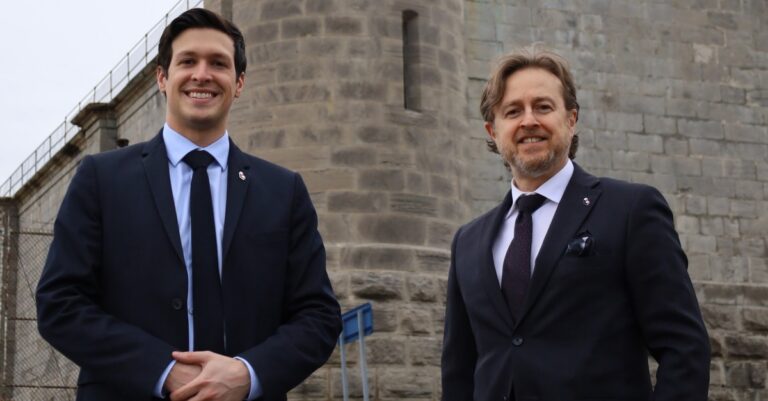 Mayor Stéphane Boyer is working closely with one of the opposition groups in order to go forward with two files intimately linked to the development of eastern Laval.

The revitalization of the Old Penitentiary of Saint-Vincent-de-Paul and the extension of Saint-Martin Boulevard are at the centre of that agreement concluded on April 29 between the Mouvement lavallois, Équipe Stéphane Boyer and Action Laval.

“It’s a pleasure to work on realizing major projects in a spirit of collaboration,” Boyer said in a joint press release. “I’m sure that by speaking with one voice, those priority projects will progress more easily, and above all, more quickly.”

Re-elected last November under the banner of Action Laval, The municipal councillor of Saint-Vincent-de-Paul, Paolo Galati, agrees. Galati had made the redevelopment of the Old Pen an electoral key point last fall. “By collaborating with the mayor, we are sending a strong message to the federal government to go forward with this project,” he said.

The Boyer administration and Action Laval agree on the importance of creating a technical working committee. Its mandate would be to establish a common vision and a work plan to ensure the preservation and enhancement of this federal establishment, abandoned since 1989. The idea was also discussed during the first tête-à-tête between Boyer and Prime Minister Justin Trudeau, last April 13.

“However, it is a real heritage gem that would have the necessary potential to accommodate a mix of functions, and highlight Laval’s history,” Boyer and Galati agree. They’re also reminding that “this building has been deteriorating for several decades”. Ironically, the Vieux-Pen, built in 1873, was designated a national historic site of Canada the year after it closed in 1990.

If Boyer’s team has been dreaming for years of seeing an educational, cultural or touristic project set up there, Galati and Action Laval were instead suggesting, during the last election campaign, to group residential, commercial and industrial activities. Whatever the chosen project, the common objective is to give a second life to the establishment, while bringing new life into the sector.

The extension of Boulevard Saint-Martin also grabs the attention of this cross-party agreement.

Action Laval thus follows the Boyer administration, wishing to establish a new road link to the Saint-Vincent-de-Paul and Saint-François districts, two electoral districts represented on the municipal council by this opposition group led by Achille Cifelli, also a councillor in Val-des-Arbres. Together, they will combine their efforts to ask Quebec’s government to commit to funding “the establishment of a mode of transport [in common] structuring on this major highway for Lavalloises and Lavallois”.

This new management style illustrates well the comments made by Boyer the day following his election last November, he who had clearly signified his willing to reach out to the elected chiefs of the opposition and to establish “a better climate at the city council”.

An unusual practice to say the least, coming from an administration with a large majority at the council table, and which clashes with what municipal politics in Laval had accustomed us to.