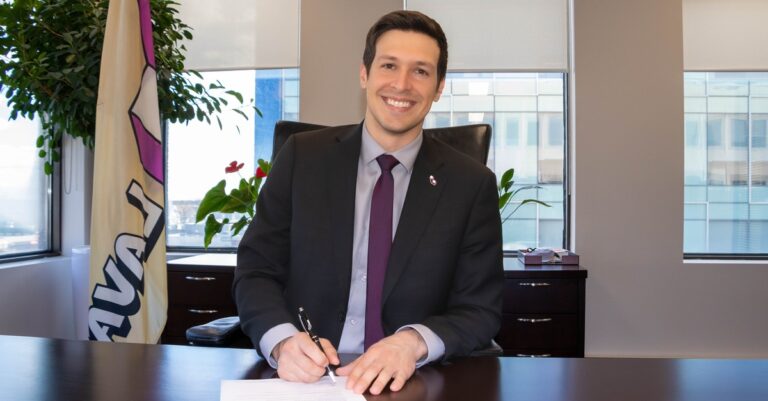 Notwithstanding the freezing of property tax accounts in 2021, record capital investments and the pandemic context, Laval concluded its year with a surplus of $38.2 million in its bank.

Mayor Stéphane Boyer attributes this operating surplus to a tight control of expenses and a real estate activity much more sustained than expected.

Those statistics are comparable to last year, where the record surpluses of $85.6 million generated in 2020 were mostly explained a special assistance of $42.3 million from Quebec in this first year of the pandemic.

Savings of $29 million were made with projected expenses, including $12 million saved on payroll. It ended at $376 million, including overtime.

The labour shortage situation has meant that the 127 new budgeted full-time equivalent positions were not all filled last year and that the staffing period, for those who’ve been, was stretched from three to six months.

“It didn’t, moreover, prevent us from doing an important PTI (triennial capital assets plan) and maintaining services despite everything,” Boyer said in an interview with the Courrier Laval.

Professional fees and technical services cost $7.8 million less than projected. In terms of fees, for example, $4.6 million of the $25 million budgeted remained on the table. These savings are mainly from the Communications Department ($2.4 million) and the Downtown Development Department ($1.9 million).

For what’s about the financial costs, they were $2.5 million lower than expected.

The strong economic activity observed in 2021 has allowed the City to collect $20.5 million more than the estimated revenues.

As for the permits issued last year, Laval collected $3.9 million from developers, and from owners and renovators, the highest registered according to the Director of Finance, Pierre Beaudet. Surprisingly, it’s an increase of 63 per cent compared to the $2.4 million estimated at the moment.

For the whole year, the total value of building and leasehold improvement permits is $1.4 billion.

However, the surpluses recorded aren’t made to the detriment to the detriment of the services given to citizens, says Boyer. The City even invested $18 million in many measures to help citizens affected by the pandemic, with the two-thirds in a tax freeze ($10.8) and the postponement of the deadlines for the payment of the tax account ($1 million). The business support program ($5.3 million) and the economic recovery plan ($0.9 million) are completing those investments.

Still in 2021, Laval also had to deal with a shortfall of $14 million compared to expected revenues. Of this number, tax products were $4.8 million lower than expected, despite a record number of permits issued. This decline is the result of decisions given by the Tribunal administratif du Québec in the wake of challenges of value of the role. On this topic, let’s remember the out-of-court settlement under which Laval had to pay back $16.5 million in capital, interest and costs to the Rocket’s arena, the CH Group subsidiary and manager of Place Bell.

Also, investment income have generated $3.2 million less than projected, while fines brought in $18.6 instead of the budgeted $20.6 million.

In the upcoming years, the Boyer administration says he wants to invest heavily in community centres, streets, parks, works to reduce overflows and other major infrastructure projects. “Those sums will allow us to do it with a reduced impact on indebtedness or the tax burden,” the administration explains.

Laval had reached a historic high with achievements of $240 million in 2020, a spending growth the city justifies by the fact its prioritizing sustainable development in its public infrastructure investments.

Boyer is delighted with a 65.2 per cent achievement rate of the PTI, especially in a year marked by a labour shortage and material supply difficulties.

As for the gap with the record year of 2020, where Laval had achieved nearly 75 per cent of its investment budget, he also explains it by a “more ambitious PTI from year to year”.

Let’s remember that under Vaillancourt’s administration, Laval was achieving only 45 per cent of the investments projected at the PTI.