Historic Project for the STL 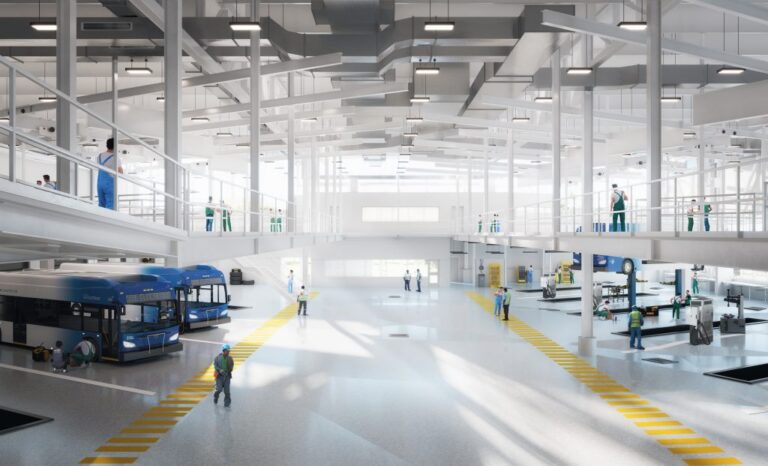 The Société de transport de Laval (STL) recently announced the largest project of its history, aiming for the complete electrification of its bus fleet by 2040.

These past years, the STL has been trying to increase its number of electric buses in circulation. It won’t be easy to ensure public transport’s electric shift in Laval, but the committee working on the file has been preparing for it for a long time now.

Alexandra Gallo, project manager and engineer, says that in 2018, the STL started a pilot project with 10 hybrid buses, thus making it possible to better see the needs and changes necessary in the future for the desired full electrification.

“[Those vehicules] are currently circulating on our roads in Laval,” Gallo said. “They’re doing so since May 2021, and have been randomly dispersed across the territory in order to allow the majority of users to enjoy them. We’re talking here about a way much quieter and ecological experience for users. When we received those buses, we did a lot of tests, in part because of the new technologies they’re bringing.”

In total, 145 new parking places will be built for these electric buses.

A 20 megawatt electrical entrance will also be added in order to power the buses. That energy need will increase the area of STL’s site by 50 per cent, since 25,000 m² will be added next to the current garage. The space the new garage will occupy will replace a parking lot.

Executive Director of the STL, Guy Picard indicates that the shell of the new electrical entrance will be built in 2024.

“We will thus have our facilities, and will be able to park our vehicles,” Picard said. “However, it’s only from 2025 that we’ll be able to manage the electrical load.”

Mayor of Laval, Stéphane Boyer, says he’s happy to see such a historic project moving forward in a convincing way.

“It will give wings to Laval,” Boyer said. “Our hopes of developing public transport and electrifying our trips are depending on the ability to have electric buses. The start of the construction of the electric garage is planned for the next few months, and that’s kind of the starting point we needed to get fully into the project. I’m happy and I think it will help provide better service to citizens.”

For his part, Sainte-Rose’s deputy Christopher Skeete recalled that even if it’s a long-term project, Prime Minister François Legault had committed to making this shift.

“We distinguish ourselves in Laval,” Skeete said at the press conference. “We’re even more aggressive. Laval is growing quickly, and the STL is very well positioned to initiate such pilot projects.”

With the completion of this project, bus maintenance costs would also be reduced by 15 to 20 per cent, according to the STL website.