Laval Says Yes to the Establishment of a Cité du Cinéma 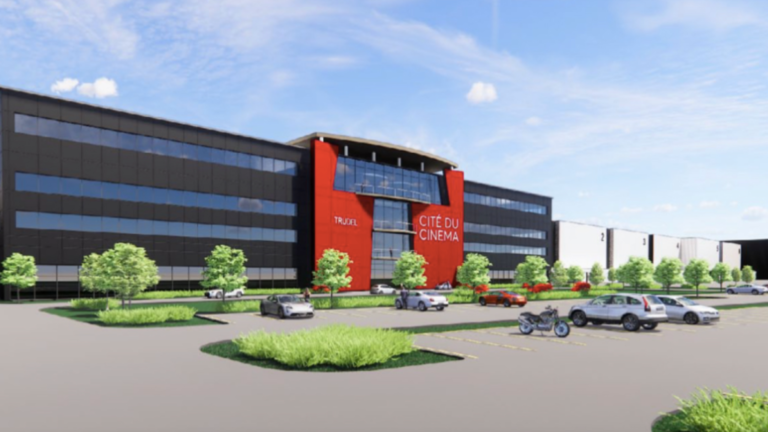 The eastern sector of Laval would apparently become a hub for film and television production.

In a recent meeting, the municipal council adopted two resolutions in the hope of concretizing the project to set up a Cité du cinema on the land located in the south-west axis of avenue Marcel-Villeneuve and rue de l’Harmonie, in Saint-François.

Zoning and Promise to Purchase

After starting the rezoning change process in order to accommodate “a world-class cinema complex”, the elected officials present at the meeting approved by 11 votes to two the sale of two municipal lands to promoter and Laval resident Michel Trudel, for the sum of 32.1 million dollars.

In fact, the promise of purchase is conditional on obtaining a zoning change. Right now, 60 per cent of the 2.2 million square feet aimed by this request for modification of authorized uses are zoned residential. The remaining 40 per cent is already destined for industrial development.

Resolutions were not unanimous at the municipal council table, and within municipal services.

If the Mouvement lavallois had the support of Action Laval, whose municipal councillor Isabelle Piché is the elected representative of Saint-François, it couldn’t count on the support of the two councillors from the second opposition group.

Recognizing this project as “fantastic from an economic point of view”, the interim leader of Parti Laval, Claude Larochelle, said he didn’t have all the necessary information to be able to vote. His request to postpone some points to a future session was defeated. In general, Larochelle wanted to make sure this was “the best site” available in Laval.

Mayor of Laval Stéphane Boyer mostly described it as an “opportunity” to be seized.

“A serious and credible promoter is proposing an interesting project […] that would develop a whole new industry in Laval,” Boyer said. “It would have a low environmental impact, and enormous economic consequences, while creating a lot of jobs in the eastern sector of Laval.”

The man behind this $200 million investment project is Trudel, co-founder of MELS studios, which he directed for more than three decades in Montreal. Working in the film industry for 40 years, we owe him the filming of several Hollywood mega-productions in the metropolitan area.

In terms of jobs, Boyer mentioned “200 to 500 employees”, as well as a training centre that would accommodate “up to 300 students”. In addition to boosting the local economy, that clientele would help accelerate the development of eastern Laval, including public transport’s services.

“It’s the only option in Laval” Boyer insisted when discussing the location. “If it’s not there, the project won’t be realized.”

The Cité du Cinéma would be built on an area equivalent to some 30 soccer fields.

In addition to the seven shooting studios housed in the cinematographic complex, there would be production offices, a warehouse for set decorations, administrative offices, a film school, as well as costume making, set production and mechanical transformation-animation workshops.

To put things into perspective, these facilities would double the total area currently available with the MELS 2 and MELS 3 studios in the Technoparc de Montréal.

The Cité du cinema that Trudel plans to build in Laval would increase filming capacity in Quebec by 40 to 50 per cent, the promoter said.