A Housing Fire Forces the Relocation of 20 People 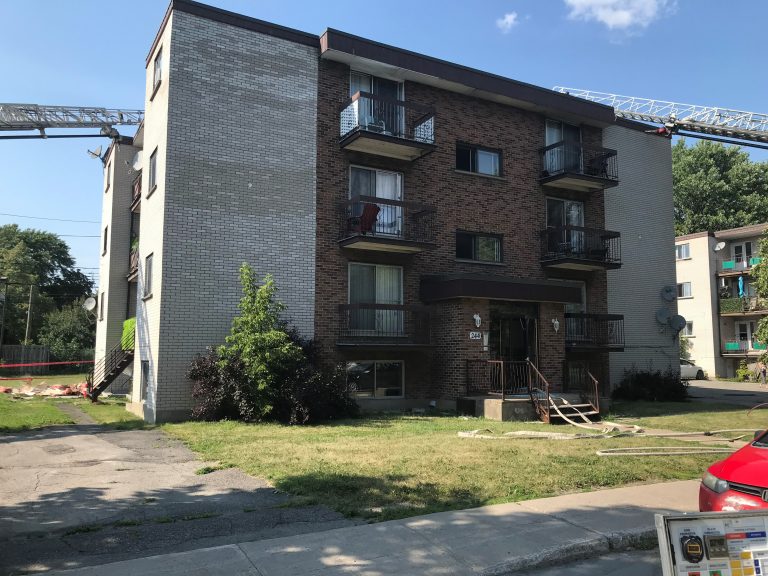 Firefighters evacuated about 20 people this Sunday, July 17, after a fire started in a residential building located on Cartier Boulevard West, in Laval-des-Rapides.

When arriving on site, four minutes after receiving the call, the first unit present could see a significant amount of smoke coming from the brick of the back wall, and that, on three floors.

The evacuation having gone well, the firefighters then proceeded to inspect four housing in order to contain the fire.

As electricity and water were cut off from the building, 20 citizens were relocated.

Damage is limited to the original building, and are assessed at a maximum of $30,000.

Let’s note that during the intervention, the Service de police de Laval (SPL), Urgences-santé and Hydro-Québec helped the firefighters. An investigation has been opened to determine the cause of the fire.

There was indeed a smoke alarm on site, but it was non-functional.

The Fire and Safety Department of Laval would like to remind Laval’s residents the importance of having a working smoke alarm.

Also, the batteries should be checked at least twice a year, at least, and preferably at time changes.