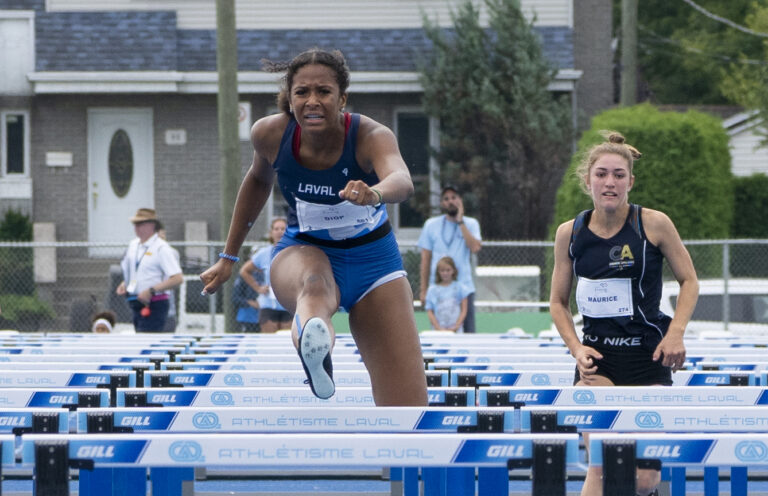 The first block of competition ended yesterday at the 55e Finale des Jeux du Québec – Laval 2022, and for the occasion, a press conference was held late in the afternoon in order to recap the first days of the event.

Some important people of the Jeux du Québec were there to share their thoughts of the event so far. Among them was Marc DeBlois, executive director of the Organizing Committee of the event.

“Athletes will remember that first block for a while,” DeBlois said. “It was in fact our priority. We’re having a solid team.”

Christopher Skeete, MP for Sainte-Rose for the Coalition avenir Québec (CAQ), was also at the press conference. He talked about the sport’s importance in the development of a young person. He also wanted to thank all the volunteers of the 55e Finale des Jeux du Québec – Laval 2022.

“It’s something to be able to see those athletes having fun, but also to see them becoming better citizens through sport,” Skeete said. “I also have a special mention for volunteers. They’re smiling, they’re dedicated. There is a volunteer who stayed up for seven hours on the opening ceremony day. It’s the kind of community effort that brings life to a city. That’s my greatest pride.”

Executive director of Sports Quebec, Isabelle Ducharme, said she was impressed by the quality of competition sites.

“The infrastructures are outstanding,” Ducharme said. “I was walking earlier with the Côte-Nord and Abitibi-Témiscamingue regions, and the young athletes all thanked and congratulated me for this first block.”