Involved in Softball Despite Cancer 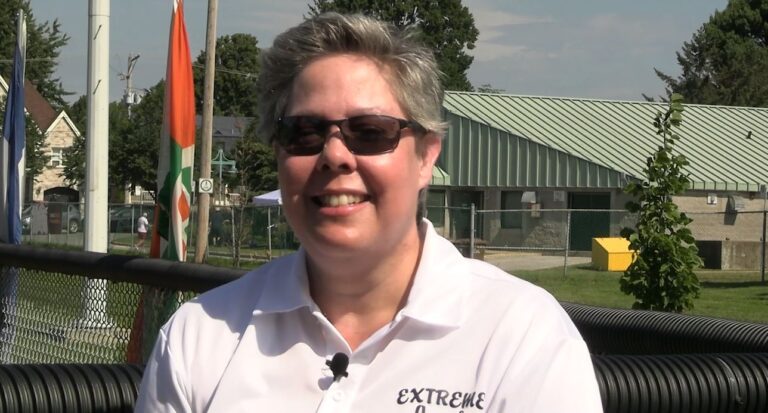 The second block was underway yesterday at the 55e Finale des Jeux du Québec – Laval 2022, and softball was one of the sports to start its competition.

Campagna knows her sport very well, having played softball for about 20 years before becoming a coach about five years ago.

She developed a sense of attachment to the Jeux du Québec at a very young age, when her father took her to see the 1985 edition, in Charlesbourg.

“I was dreaming of participating in the Jeux du Québec since then,” Campagna said. “I told myself I was going to be a volunteer in Laval in 2020, that I was going to experience the event a different way. Because of COVID-19, it was postponed twice. Also, last year, I was diagnosed with breast cancer. I wasn’t sure what was going to happen.”

When the 55e Finale des Jeux du Québec – Laval 2022 was rescheduled to this summer, Campagna set herself the goal of coaching the women’s softball team, with her daughter then being eligible to play.

“For the past year, through all the treatments, it’s been my goal to be in a good enough shape to participate in the Jeux du Québec,” Campagna said. ” I told the doctors, nurses and everyone I’ve met that I was going to do anything possible to be where I am today. »

Furthermore, Campagna’s father is a volunteer for the 55e Finale des Jeux du Québec, making him the third family member involved in the event.