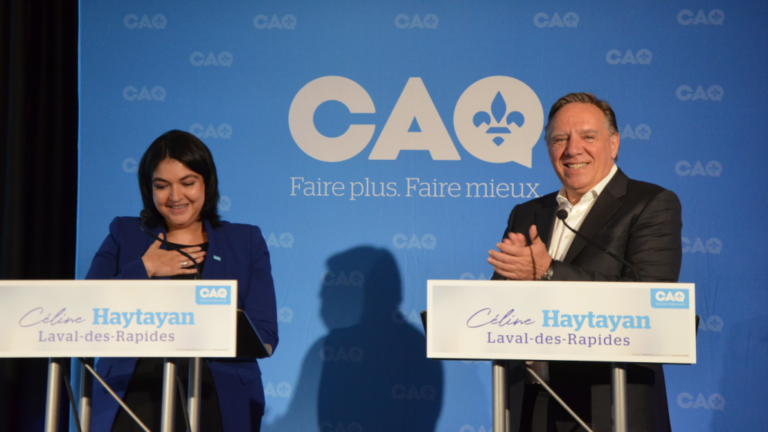 Less than three weeks before the start of the elections, Prime Minister and leader of the Coalition avenir Québec (CAQ), François Legault, was in Laval yesterday to present Céline Haytayan as a candidate in Laval-des-Rapides’s riding.

Working for more than 20 years in economic development, including 14 with Montréal International, a supraregional organization responsible for attracting foreign investment, Haytayan was recruited by the multinational Ubisoft, where she holds the position of Director of International Corporate Affairs.

“It’s an important addition for us and our economic team,” said Legault, insisting on his “obsession” for economy.

Haytayan described herself as a “woman of action”, and someone determined to “invest in the common good”.

“If elected, I will work with the mayor’s team (Stéphane Boyer) in order to attract, especially, more companies in life sciences and health technology, clean and digital technologies ,” said Haytayan, by evoking the presence of the Cité de la biotechnologie et de la santé humaine du Grand Montréal in Laval.

Haytayan also talked about climate change, expressing her interest in “creating an industrial cluster, or an innovation zone in climate technologies”.