Kitchen Fire and Injured in Chomedey 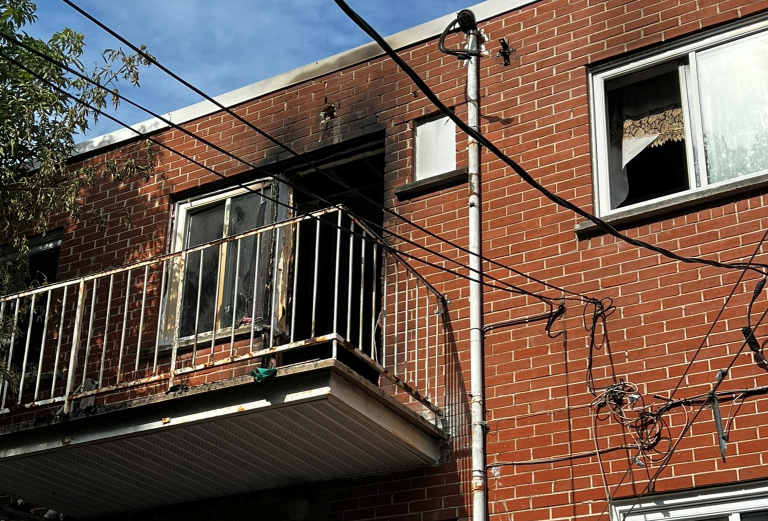 A man would have suffered injuries on 10 per cent of his body after a fire broke out in the kitchen of a dwelling in a building on rue Saint-Judes, in the afternoon of Wednesday, August 17.

It was 2:52 p.m. when 911 was informed of the fire occurring in an area of Chomedey, located just west of the Promenade des Îles, south of boulevard Samson.

The first of the six units of the Fire and Safety Department of Laval dispatched to the scene, made up of 22 firefighters, arrived at 2:59 p.m., immediately spotting smoke on the second floor of the residential building.

The firefighters also quickly asked for help from Urgences-santé and the Service de police de Laval (SPL), when they saw someone suffering from serious burns outside.

While completing the evacuation of the place, the firefighters quickly moved toward the source of the fire, and carried out an aggressive attack on the flames, thus succeeding in limiting the damage to the original floor.

The improper use of cooking oil being the cause of the fire, firefighters once again remind Laval’s population that it’s very important to use an approved fryer in such situations.

The Fire and Safety Department of Laval also notes that the smoke alarm of the affected dwelling wasn’t functional, and that it’s necessary never to leave food unattended on a working cooker.

The Urgences-santé paramedics also took care of a woman who had suffered a nervous shock.