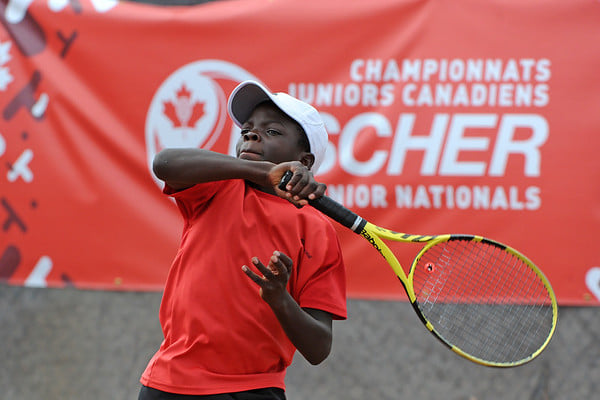 The Club Tomahawk of the Carrefour Multisports wants to offer an even more complete experience to young participants, after an edition marked by health restrictions. (Photo courtesy)
Share
Facebook Twitter LinkedIn

For the third time in a row, Laval is hosting the Fischer Junior Nationals (Canadian junior tennis championships) at Club Tomahawk, at Carrefour Multisports in Chomedey.

The first part of the competition, which will feature Canada’s best under-12s, will take place from August 20-26. Athletes 14 and under will follow a few days later, playing from August 28 to September 3.

These athletes have received their access for the competition through their provincial ranking and qualifying events.

For the first two editions presented in Laval, this event was selected as the Canadian tournament of the year. According to Laurent Denis, general manager of Carrefour Multisports, the reduction of constraints related to the pandemic should allow them to win this distinction again in 2022.

“It’s way easier this year in terms of preparing the event,” Denis said. “We weren’t worried, and the mask requirements have dropped, so it’s really easier for us. The same can also be said for transport.”

Three members of the Club Tomahawk will play the tournament. This is a first for the organizers, who intend to offer them the privilege of playing on the main field of the centre multisports. The same goes for all participating Laval residents.

“We really want all participants to live a unique experience,” Denis said. “They have privileged access, are staying in hotels, and will feel like professionals throughout the week.”

The red clay surface at Carrefour Multisports, similar to that of Roland-Garros, also enhances the experience of the young players.

Two Pedestrians Hit in Two Hours in Laval, One Death