François Legault Continues his Campaign in a Laval School 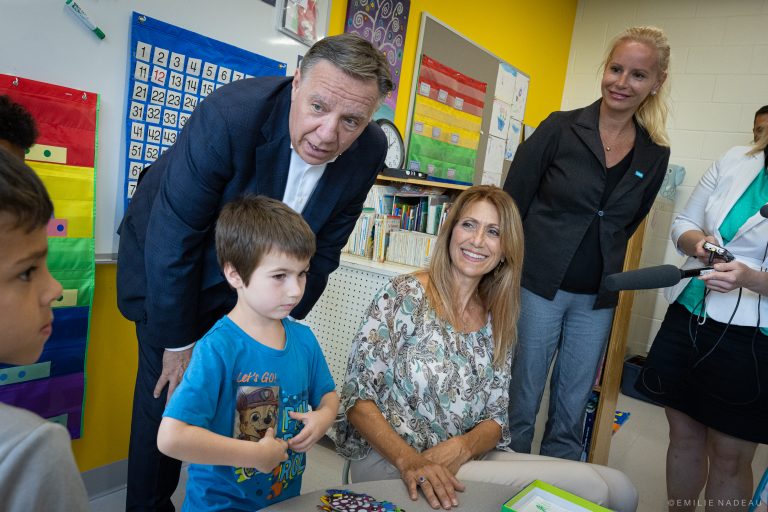 François Legault, leader of the Coalition avenir Québec (CAQ) and Prime Minister, stopped Wednesday in Vimont, a riding he’s hoping to wrest from the Liberals on Oct. 3.

Along with his candidate Valérie Schmaltz, he visited the Ulric-Debien primary school, freshly renovated and enlarged in the Auteuil district, before revealing a commitment of $2 billion in the upgrading of educational establishments.

This would add to the $7 billion already provided for in the last budget to renovate schools over the next four years.

Education Being the Priority

“Our children and teachers deserve to have beautiful schools,” Legault said, who’s making education “the priority of all priorities”.

He gave as proof of this the $5.2 billion his government has invested in school renovations since 2018, which is twice the amount of $2.7 billion invested by the previous government.

An envelope increased to $9 billion would make it possible to renovate more than 600 schools by 2026, which would benefit, among other things, from larger windows, more spacious gymnasiums, more common areas, and greener and better equipped schoolyards.

Legault has never been in town so often. In fact, it was his third press conference in three weeks, including the one that marked the unveiling of his first electoral commitment, last Aug. 12, surrounded at the moment by his six candidates who will by seeking the votes from the city-region’s residents.

Let’s note the CAQ is leading the polls in five of the six ridings of the territory.

“I’d like to make gains in Laval, and we’ll work very hard to do so,” Legault said. “As a city, Laval has been taken for granted for too by the Liberal Party. It’s time for us to replace them, but we’re not taking anything for granted.”

In the last elections, Laval had resisted the CAQ wave, with only Christopher Skeete in Sainte-Rose winning a riding for them.