The French Language “Seriously Threatened” in Laval, Says the President of the SNQL 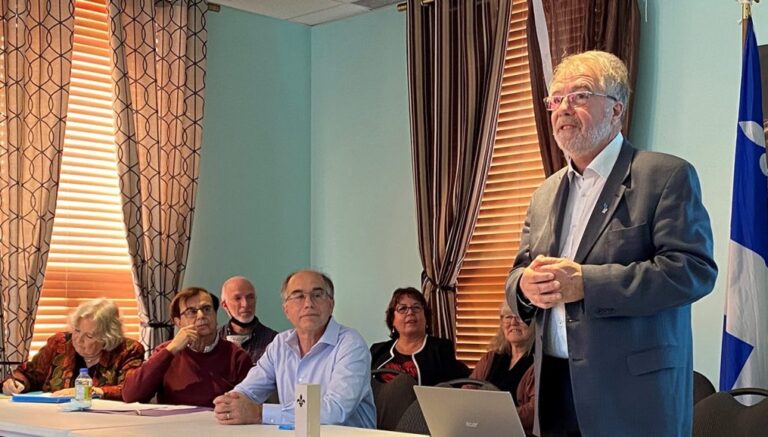 President of the Société nationale du Québec à Laval (SNQL), Jean Desautels did not fall out of his chair when he learned of the significant decline of the French language in Laval since 2016.

“It corresponds to what we’ve been saying for a few years, which is that Laval is becoming more and more anglicized, and that French is occupying an increasingly secondary role,” he said on the phone, when asked to react to the linguistic portrait of Laval emanating from the 2021 census data, published a few hours earlier by Statistics Canada.

Desautels also added that “we will need to take very strong actions if we really want to save French in Laval”.

He sees in the situation an urgency to do something.

“If we do nothing, we’ll simply disappear,” he said. “We can say that in probably five or 10 years, Laval will have become a bilingual city, and in 20 years, a unilingual English-speaking city. This is absolutely evident from current trends.”

First, he really hopes that Laval’s French language committee, that the City intends to set up, will get under way quickly.

“This committee needs to come to life in the coming months, because in two years, it will be too late”, Desautels said.

To stop anglicization, which is constantly gaining ground in Laval, Desautels asks the municipal administration to, in the future, “communicate with all citizens in French only”.

Unlike municipalities whose status is bilingual, Laval remains a French-speaking city and isn’t required by law to address its citizens in the language of Shakespeare, regardless of whether they communicate in English with Laval’s administration, argues the president of the SNQL.

“Everything, absolutely everything should be in French only,” he insisted, while mentioning digital, oral and written communications. “The more bilingual documents we offer, the more we encourage people who don’t speak French to continue not doing it.”