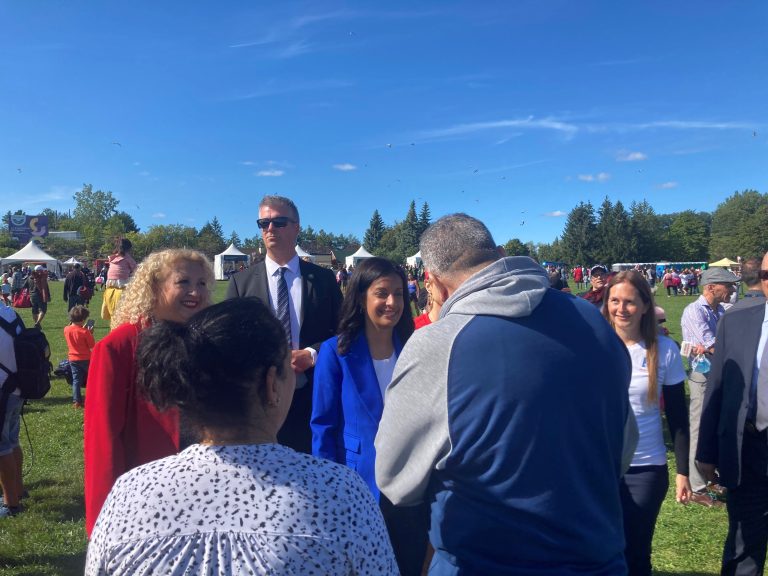 Dominique Anglade, leader of the Liberal Party of Quebec, was at the Centre de la nature, in Saint-Vincent-de-Paul, during Family Day, yesterday.

In the middle of the afternoon, the 48-year-old woman went to meet Laval families for nearly an hour.

Candidates of her party took advantage of Anglade’s presence to discuss with the members of their riding too.

There were many discussions, but most of them were about two major topics affecting families, daycare and needs in the school environment.

Many other candidates from different parties were also at the Centre de la nature. However, they didn’t receive the same privileges as the Liberal Party.

Nicolas Lussier-Clément, candidate in Laval-des-Rapides for the Conservative Party of Quebec, misunderstands the ban on solicitation during Family Day, while the Liberal team arrived with “the biggest political sign that exists”.

“When I arrived, police officers didn’t want to give me access to the site with my sweater, displaying the logo of my party,” Lussier-Clément said. “Finally, they accepted, and as I walked around, I saw the Liberal Party bus. However, the fact it was planned that Anglade would be there, and we were prohibited from being there with our political items, that’s what disappoints me.”

Lussier-Clément also notes that candidates from Québec solidaire were denied entry to the site with their signs.