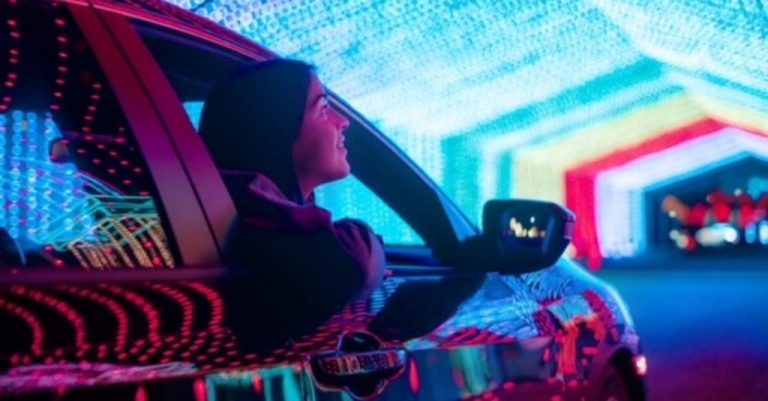 Reviews are great, visitors are thrilled, producers are happy, and the creator, Normand Latourelle, has much to be proud of. Cavalia has just concluded the third edition of Illumi Féerie de Lumières, and announces that the biggest multimedia, sound and light trail in the world attracted a record crowd, on foot and by car, for an event of this kind in North America.

No less than 585,000 visitors of all ages gathered in Laval to let themselves be carried away by the luminous poetry of the 19 universes that made the third edition of Illumi a resounding success. The luminous tradition established by Latourelle is more tangible than ever. Over half a million tickets were sold between Oct. 28, 2021 and Aug. 14, 2022. Illumi will have operated for 38 weeks, representing 185 breathtaking evenings. About 75 per cent of visitors were adults, and 25 per cent were children.

“In more than 40 years of career in the field of entertainment, I would never have imagined being able to create such a large-scale event that could attract such an impressive number of visitors of all ages,” Latourelle said. “The diversity of Illumi‘s audience is enriching for all of us, and I’m proud of our teams for having succeeded in imagining an activity where everyone can find what they are looking for.”

Illumi will be back in Laval for its fourth edition this fall, with many new features and original programming throughout the season. The kick-off will be given on Oct. 5, with a Halloween special. (J.L.B./IJL)