FC Laval: Ready to Welcome its Fans to the Top 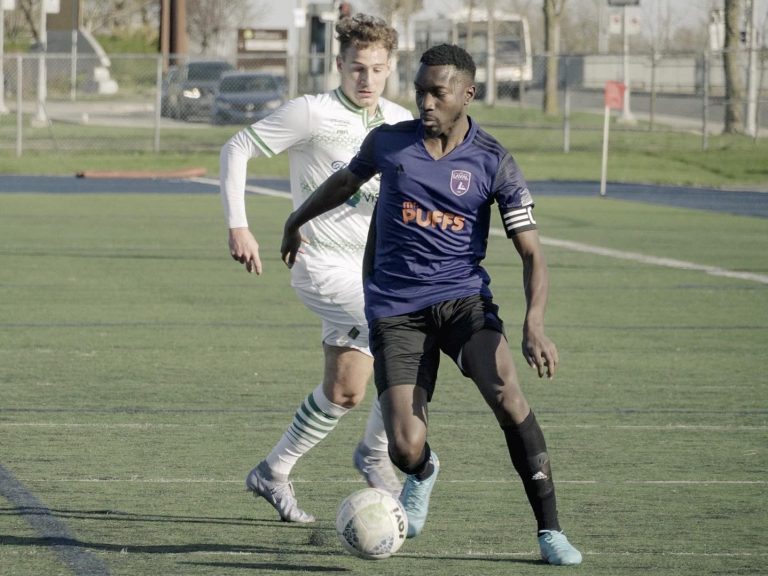 The FC Laval is having an impressive season, and is trying to maintain its lead in the men’s standings of the Première ligue de soccer du Québec, which would also mean a participation in the 2023 Canadian Championship.

The FC Laval had a 17-game unbeaten streak before losing for the first time against the CS Saint-Laurent. This result had the effect of closing the gap to one point between the two teams, which sit at the top of the circuit.

Laval currently leads the championship with 41 points, one more than the CS Saint-Laurent. The AS Blainville is also not far behind, with 38 points.

The FC Laval will have a difficult schedule to finish the year. They’ll face the U23 team of CF Montreal (5th), the CS Longueuil (4th) and the AS Blainville (3rd) for their next three games, and then complete the season with a Laval derby against the AS Laval.

The CS Saint-Laurent will benefit from a more profitable schedule, not facing any formation of the top 5.

FC Laval is organizing a big event for its next home game, which will take place on Saturday, Sept. 10, at 6 p.m., against the CF Montreal reserve team at parc Berthiaume-Du Tremblay.

Inflatable games and food trucks will be installed near the field from the afternoon.

“We want to have a full stadium,” said team’s general manager James Patsilivas. “It’s a big event for the club, the biggest post-pandemic. Many important members of Quebec soccer will be there. We want to showcase the team’s progress over the past two years.”

Among the people from the field who should be present, Patsilivas names Olivier Renard, Patrick Leduc, Patrice Bernier, John Limniatis and several others. He’d also like to welcome players from the current edition of the CF Montreal, which is a partner of the FC Laval.