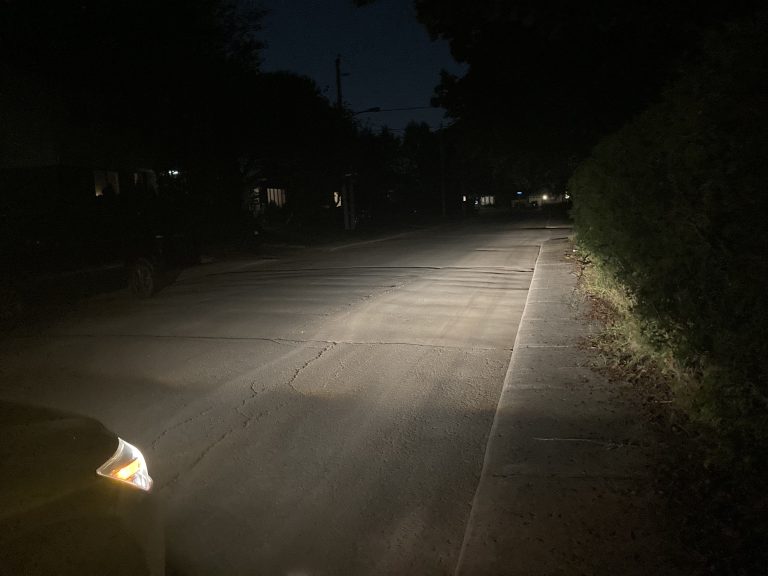 Hardy, Lionel-Gauthier and Budapest streets, as well as a part of Abbé-Desrosiers have been plunged into darkness since the end of winter.

The situation is concerning for residents of that sector of Saint-Vincent-de-Paul, located in the southeast quadrant of Concorde Boulevard and Joly Street.

In mid-March, Isabelle Dunn, who lives near the St-Vincent-de-Paul cemetery, noticed the streetlights on her street, and those in the neighbouring streets were no longer working.

After a month, Dunn made a first request to the 311 Service, which was unsuccessful. Her second request sent a month later also turned out to be unsuccessful.

On her third attempt, in June, a city employee allegedly told her that the issue had been raised by local residents, and that the requests had been closed despite the fact they were not resolved.

Hydro-Québec would have finally come to repair some small elements of the elements, but the source of the problem would come from equipment belonging to Laval, according to the applicant.

“It’s sad that after five months, we, the residents, have to run after our city to be given explanations,” Dunn said. “We haven’t had any light since mid-March, it’s a bit pathetic.”

Christine Poirier, member of Laval’s executive committee with whom Dunn was able to discuss the issue, had not returned the call from the Courrier Laval at the time of publishing the piece.

Only accessible by Concorde Boulevard (Est) and Lesage Boulevard, the four streets plunged into darkness are often forgotten by public services, adds Dunn, pointing to the garbage cans in the streets, not always picked up.

“I had to make a request to clean the street,” Dunn concluded. “I have other things to do than ask public services to come in our area.”