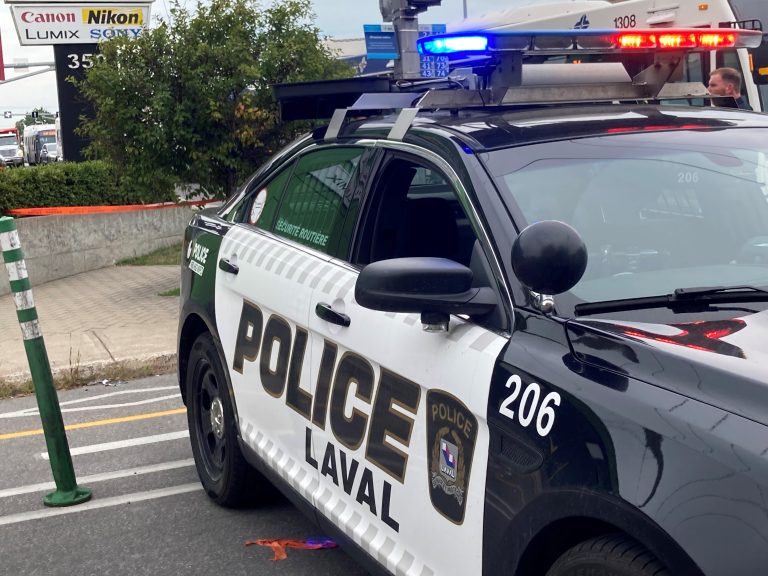 It was 7:30 p.m. when the SPL arrested the suspect in a residence, with the help of the tactical intervention group of the Service de police de la Ville de Montréal.

This woman has a history of violent crime.

She is expected to appear at Laval’s courthouse this afternoon. She is facing charges of hit and run, causing death and manslaughter.

Yesterday afternoon, the SPL had already spotted the suspicious vehicle sought for almost a week. The vehicle was a grey Hyundai Accent. The SPL spotted it on Rivière-des-Prairies’s territory, before seizing it.

Several calls were made to 911 last Sept. 15, at 7:50 a.m., concerning an event involving two vehicles that occurred on the service road of Highway 15 (north), at the height of Souvenir Boulevard.

The victim, a 53-year-old man, was reportedly hit head-on by a vehicle, which subsequently left the scene.

When arriving, police officers found the victim on the ground, in critical condition. The person was quickly transported to a hospital. The victim was kept in artificial life temporarily, pending a possible organ donation, before the death was finally confirmed on the morning of Friday, Sept. 16.