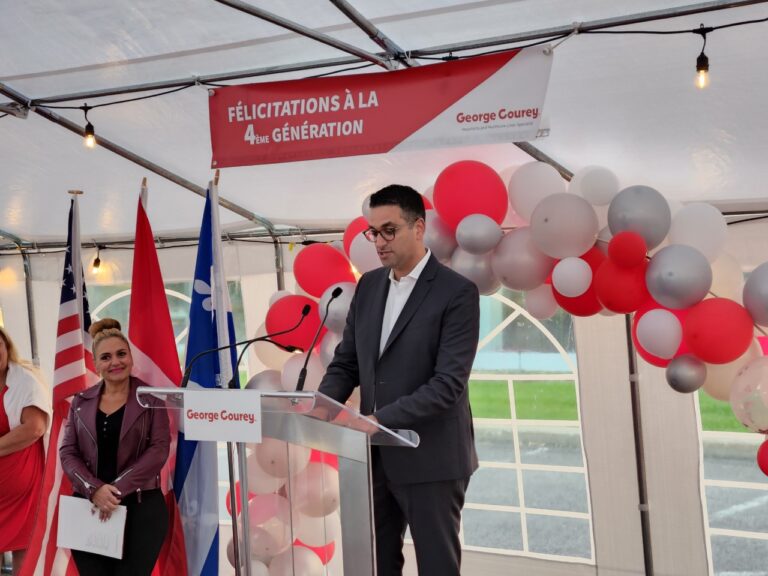 On Sept. 15, 2022, George Courey Inc. celebrated the transition of its company, from the third to the fourth generation of ownership.

The company, that is now 112 years old, will now be owned and managed by Jeffrey and Robert Courey.

Jeffrey Courey is now the President and CEO of the family-owned linen and textile business, although he got promoted to that position in 2020. For his part, his brother was promoted to Vice President this past May.

Familiy members, workers, and many more were there for the evening of celebrations. Partners from the United States of America were also present.

In a press release from the company, it’s said that during the pandemic, George Courey Inc. “became an essential partner of the government in providing and supporting the healthcare industry through the provision of personal protective equipment, amid the massive shortage”.

Jeffrey Courey concluded that this transition means George Courey Inc. is “well-positioned to govern the company into the next century through our focus on people, planet and progress”.