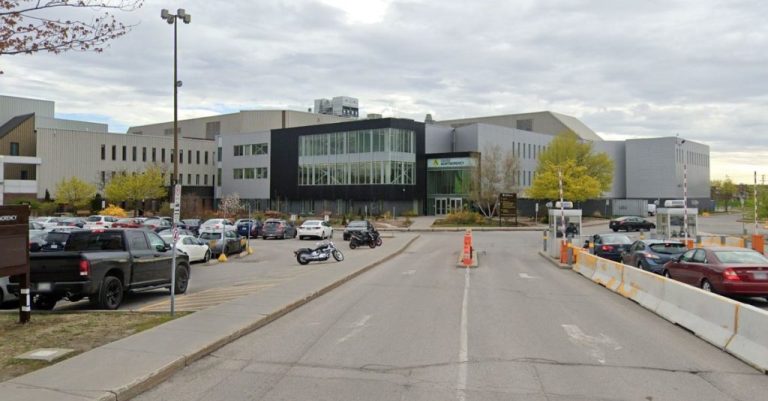 Teachers of Collège Montmorency declared a strike for climate justice today, and gathered close to the main door of the establishment, the one overlooking De l’Avenir Boulevard, to express their dissatisfaction.

“The climate crisis is not very present in the electoral campaign and we find that a little disturbing,” underlines Amélie Therrien, president of the Syndicat des enseignantes et enseignants du cégep Montmorency (SEECM). “It’s a must to mobilize collectively in order to respond to this lack of political will.”

Some SEECM members were already in front of the CEGEP at 7 o’clock.

“For the teachers of Collège Montmorency, the climate situation isn’t technical, but political,” the SEECM said. “It depends directly on our ability to organize ourselves and collectively limit our consumption, for the sake of justice. In this sense, they’re especially calling for a complete exit from fossil fuels by 2030, as well as a massive reinvestment in public services and the social safety net.”

Therrien said it’s still too early to say if there will be other strikes for the cause.

Nevertheless, SEECM members are seeing it as their duty to lead the way.

“If we’re keeping this in mind, we could imagine that, indeed, it could happen again,” the president concluded.