They Lose Their House in a Fire on Mathieu Island 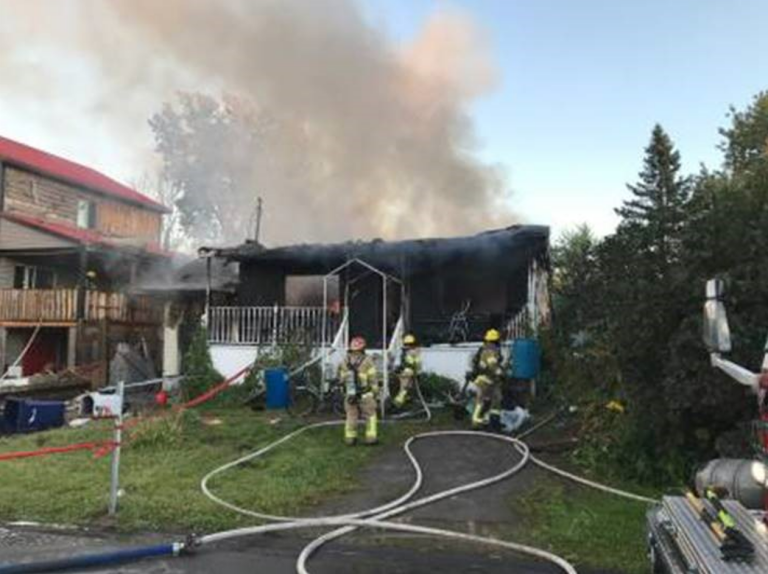 Two Laval citizens saw their home destroyed by a violent fire in late afternoon, on Thursday, Sept. 29, on Mathieu Island.

It was 5:56 p.m. when 911 was informed about the fire, occurring at the eastern end of Laval, in Saint-François.

As of 6:03 p.m., when the first of the six units of the Fire and Safety Department of Laval required for the intervention arrived, the flashover was already generalized for the residential building mainly affected.

Flames were beginning to seriously threaten the two adjacent houses, which is why the sappers devoted most of their efforts to containing the fire, and preventing it from spreading further to those neighbouring structures, after ensuring the places had been evacuated by its occupants.

The firefighters carried out their mission successfully, and at 8 p.m., the fire was considered fully under control.

Let’s note that one of the firefighters was slightly injured a finger during the mission.

The two neighbouring addresses will have suffered damage estimated, respectively, at approximately $35,000 and $15,000.