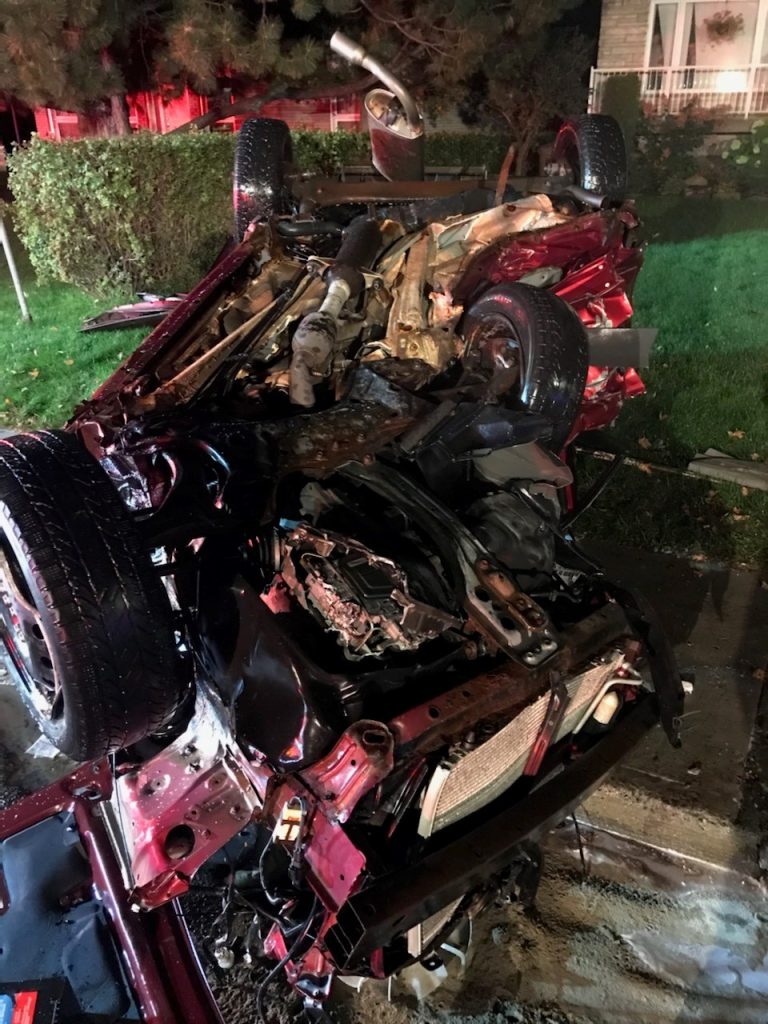 Impaired driving would be the cause of this fatal accident, the third to occur in two weeks on Laval's road network. (Photo courtesy)
Share
Facebook Twitter LinkedIn

A 65-year-old man lost his life following a violent collision that occurred late yesterday evening, at the corner of Dagenais Boulevard and Espher Street, in Fabreville.

At that time, the suspect vehicle was going eastbound on Dagenais Boulevard (west), while the victim was heading toward the opposite direction.

When the victim wanted to enter Espher Street, the suspect vehicle hit him head-on at high speed.

The victim rolled over many times, his vehicle ending up completely overturned due to the severity of the impact.

Working hard to take the 60-year-old out of his badly damaged vehicle, the firefighters used their extrication tools, cutting the steel to finally recover the then unconscious victim,  and hand him over to the care of Urgences-santé paramedics at 11:50 p.m.

Transported to a hospital centre, it’s a medical team who pronounced the victim’s death, who succumbed to multiple traumas and internal injuries.

The driver of the suspect vehicle, a 52-year-old man, was also taken to hospital for minor injuries treatments.

Officers from the Service de police de Laval (SPL) arrested him, and he was scheduled to appear in court today, facing at least one charge of impaired driving causing death.