Laval Resident Shot Dead in His Car in Saint-François 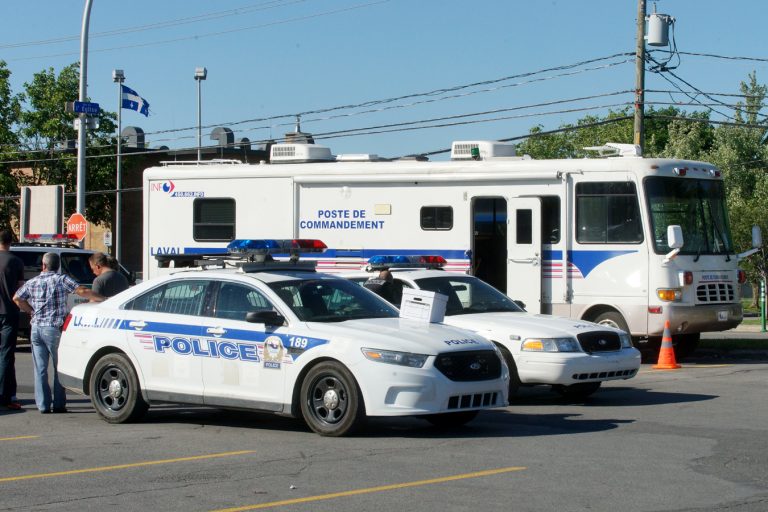 It's the sixth homicide, the fourth related to a firearm, to occur in Laval since the beginning of the year. (Photo 2M.Media - Archives)
Share
Facebook Twitter LinkedIn

A 31-year-old man died when getting shot in his immobilized vehicle, on the roadway, Canada Street, in Saint-François.

This new firearm discharge event occurred on Friday, Oct. 7, around 11:20 p.m., at which time 911 was inundated with calls indicating numerous detonations in that area, located just south of Lévesque Boulevard (east), facing the Rivière des Prairies.

As soon as they arrived on the scene, officers from the Service de police de Laval (SPL) quickly spotted the vehicle riddled with projectiles, while also noticing a victim inside of it, suffering from several bullets.

Police officers attempted resuscitation maneuvers, the victim’s death being noted on the scene.

A victim’s family member, rushed to the scene, was transported to a hospital centre due to a serious nervous shock.

After taking the various witness statements, the police will investigate whether cameras in the area could have captured images that could help make advance the investigation.

As for the security perimeter, it was to be relieved around 4 p.m., yesterday.