Balcony Fire in a 24-Storey Building in Chomedey 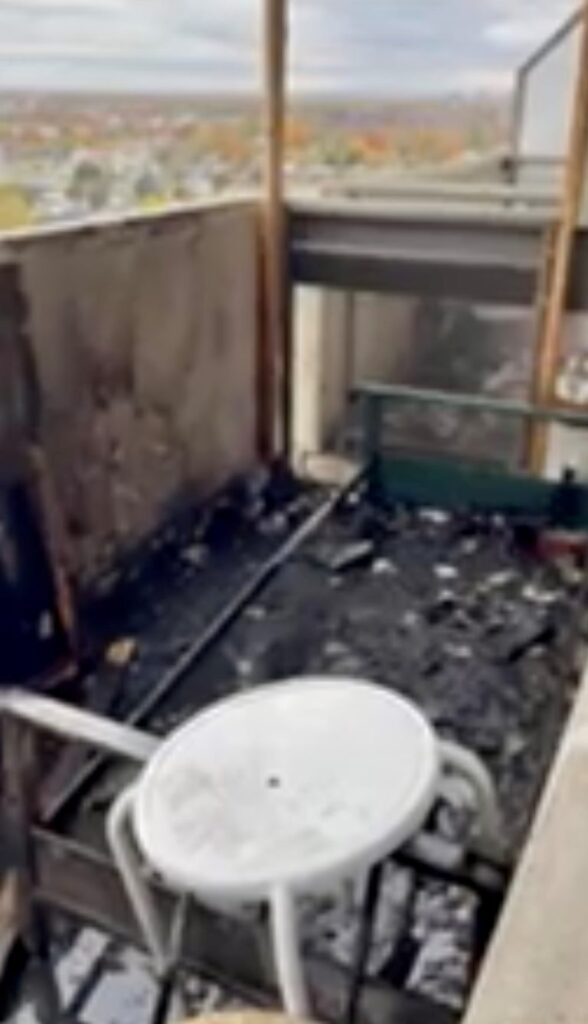 Residents of 1, Place Bellerive, had a scare yesterday afternoon when a loveseat caught fire on the upper floors of that large residential building.

It was 3:12 p.m. when several 911 calls were made for smoke and flames in the heights of the building located in Chomedey, just across the Rivière des Prairies, east of Route 117.

Already on an intervention on Francis-Hughes Boulevard, the first of the 22 firefighters required for this fire, which means six units from Laval’s Fire and Safety Department, arrived at the scene at 3:19 p.m.

At that time, the alarm was on, and people were starting to evacuate the building. Firefighters then helped to complete the evacuation, particularly on the 20th and 21st floors, representing the most risk if there was rapid spread of the flames.

It’s around 3:48 p.m., so about 30 minutes later, that the firefighters took the situation completely under control.

Their efforts and the recommended intervention strategy have been a success, since the total damage is estimated around $5,000, which limits to the balcony and windows of the affected dwelling, cracking under intense heat.