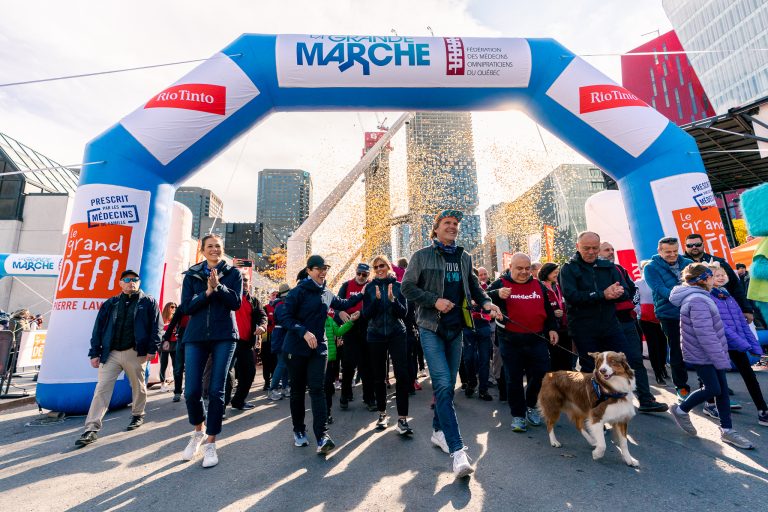 105,860 walkers took part in the eighth edition of La Grande Marche, organized by Le Grand Défi Pierre Lavoie, over the weekend of Oct. 14– 16.

That includes people from 100 cities and municipalities, including Laval.

On Friday, Oct. 14, participants were invited to walk five kilometers, at the Centre de la nature, to promote healthy lifestyles.

Various prizes were drawn among the participants, including tickets to the Illumi light trail.

“I am delighted to see that Quebec has responded in such a big way,” said via press release organizer Pierre Lavoie. “That tells me that more and more people are realizing the key to their health and quality of life is in their hands.”

Organizers are anticipating that the number of participants will be increased, since some of them have still not registered their walk on the event’s website. Participants have until 11:59 p.m. tonight to do so. (N.P.)