Second Suspicious Fire in Two Months in a Commercial Place 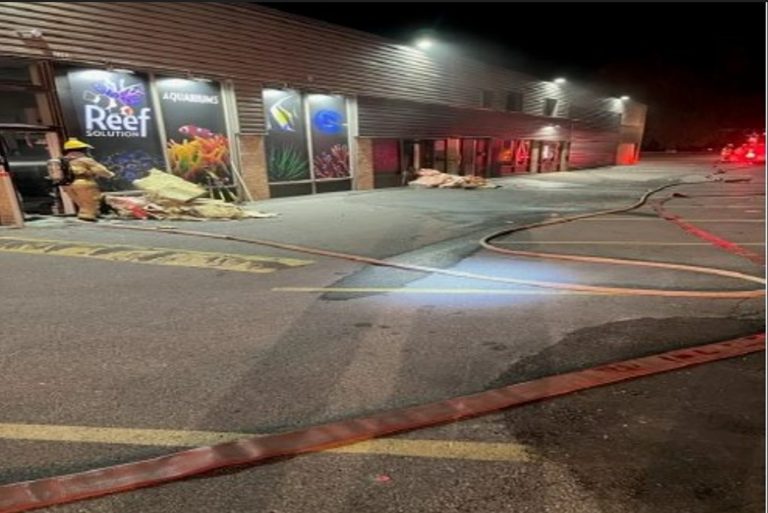 After a tattoo shop burned down with a Molotov cocktail on Sept. 21, a pet store specializing in fish and aquariums was the scene of an almost identical scenario this past night, on Saint-Martin Boulevard (west).

It was 12:45 a.m. when 911 was informed of the incident, at Aquariums ReefSolution inc., located in a small commercial complex, in Chomedey.

Arriving at 12:51 a.m., the first of Laval’s Fire and Safety Department units required for the intervention, i.e. 22 firefighters, quickly spotted the flames inside the facility, as a window had been smashed by a incendiary object.

While evacuating the place, the firefighters quickly extinguished the fire, fully controlling the situation as of 12:59 a.m.

Due to the suspicious elements found at the scene, the investigation was transferred to the Service de police de Laval (SPL).