Man Shot Dead in Front of a Ceramic Shop 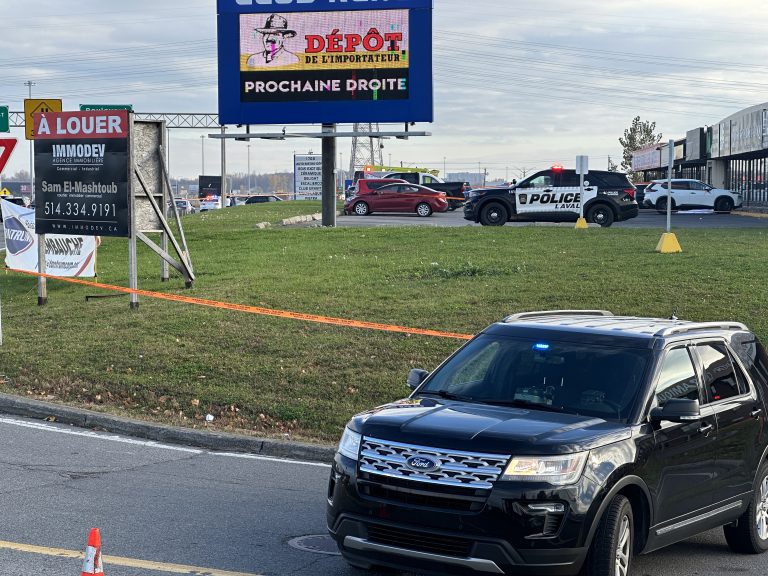 About 10 Service de police de Laval (SPL) patrol cars are parked in front of the Centre Céramique 440 because of a murder that occurred this morning.

911 was alerted around 7:46 a.m., witnessing gunshots in this small commercial complex located along Highway 440, south side, between Industriel Boulevard and Highway 15.

When SPL patrol officers arrived at the scene, a man was lying on the floor of the parking lot. His death was confirmed at the scene. The victim is said to be a 66-year-old man.

He would have died of his injuries, after being hit by more than one bullet, in this new episode of violence linked to a firearm in Laval.

Later, around 8:47 a.m., 911 received a call reporting a burned vehicle on 71st Avenue, just east of Lachapelle Bridge, in Chomedey.

That car was possibly set on fire by the suspect(s) in the homicide that occurred earlier in the morning.

At least one suspect would then have scampered off on foot toward Montreal, with Montreal’s police having been made aware of that development affecting its territory.

Arriving on the scene at 8:53 a.m., Laval firefighters brought the fire under control in just a minute, before transferring the investigation to the SPL; an investigation which should now be taken over by the Sûreté du Québec (SQ).

Around 10 a.m., we learned the victim would be called Vincenzo Armani, a man known to the police.

Therefore, the investigation was transferred to the SQ because of a probable link with organized crime.