The CRE of Laval Celebrates its 26th Anniversary 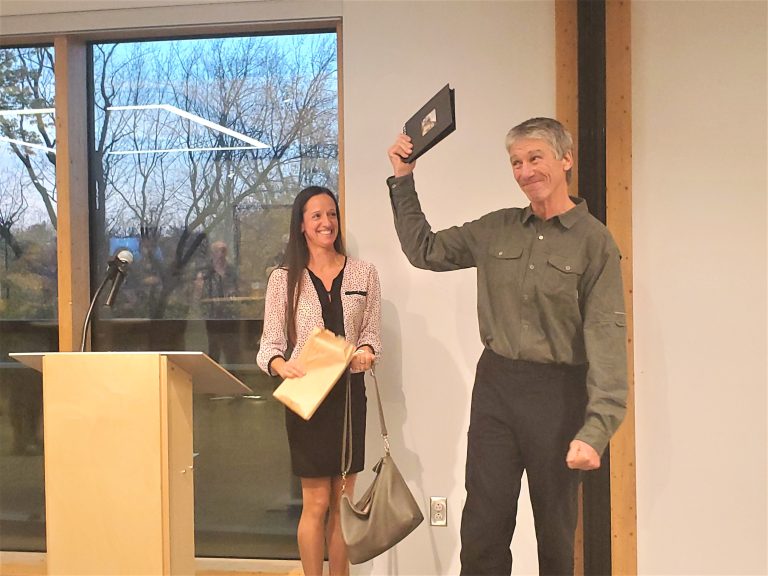 On Oct. 21, the Conseil régional de l’environnement de Laval (CRE of Laval) celebrated its 26th anniversary, at the premises of Éco-Nature, in Sainte-Rose.

Founded in 1996, the environmental organization’s mission is to improve the quality of the environment, and promote sustainable development in Laval.

With the publication of a series of memoirs, the organization of dozens of events, and the deployment of many projects, the dynamic team can say the mission is accomplished.

“Everything I’ve done, I’ve done it for the young people,” said Guy Garand, founder and former CEO (1996-2021) of the CRE. “Today, the ball is in your court. Think about the future, because the environment is the way out of climate change.”

The CRE of Laval is one of the most important players in the environmental landscape of the third largest city in the province.

Since 1998, the CRE has been responsible for the inventory of Laval wetlands, an inventory that has made it possible to recognize the importance of preserving those natural environments at the regional and national level.

“The City hasn’t always been an example to follow in terms of the environment, but I think it’s changing,” said Stéphane Boyer, mayor of Laval. “In recent years, the percentage of protected territories has increased from three per cent to more than 12 per cent.”

To mark its anniversary, the CRE has created a historical collection of all its milestones on its website.