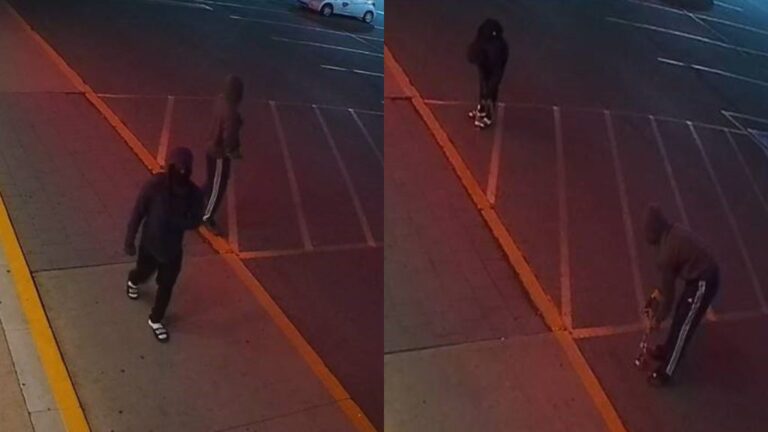 The Service de police de Laval (SPL) is asking for the public’s help in order to identify three suspects, in connection with two arson attacks that occurred in a restaurant in Chomedey.

The first fire took place on Nov. 7. Around 4:40 a.m., two suspects showed up in the parking lot of 965 Curé-Labelle Boulevard. They tried to set fire to the business, by throwing an object against the window, but without success.

However, they caused a fire on the flowerbeds, before fleeing on foot.

The first suspect of this criminal attempt is a black man, of average height, who wore a brown hoodie, black pants, with three white lines on the side, and dark shoes.

The second suspect is also of average height, and wore a black hoodie, black VANS sandals, as well as white socks and a black backpack.

The suspect set the restaurant on fire, and then fled on foot. It was therefore the second fire in less than 24 hours at that location.

This time, the suspect is a six-foot man, who weighs 72.6 kg. He wore black pants with three white stripes down the sides, including a small red tag above the them. He was also wearing a black hoodie, a black coat with a white logo on the front left side, and black gloves.