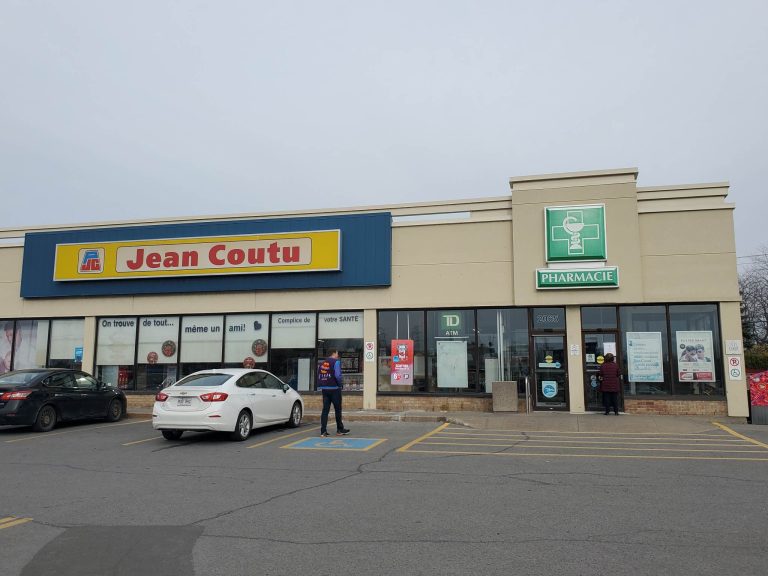 On Nov. 8, the Jean Coutu pharmacy, located at 2065, des Laurentides Boulevard, in Vimont, closed its doors without any warning.

A sheet stuck on the door awaited customers on Tuesday morning. The note, from the Ordre des pharmaciens du Québec, indicates that patient files of pharmacist Luigi Villaggi are now in the possession of pharmacists Émilie Larivière and Jean-Michel Dubeau.

Patients will now have go at the pharmacy located two kilometers further, on René-Laennec Boulevard.

Although the files will be transferred to another pharmacy nearby, the decision will cause some problems for patients, especially for those who can’t drive to get there.

“We find it hard to understand the present situation,” said Dominique Palardy, a former customer of the pharmacy. “This is unheard of in the history of the company. At the same time, I greatly esteem Villaggi, who’s been there for me all my life as a patient. He’s an extraordinary pharmacist, and there for his customers.”

All customers met by Courrier Laval have a similar speech, as they don’t understand the current situation, but have only good, positive words for Villaggi.

For its part, the Jean Coutu Group has confirmed the case has gone to court. Questions sent by the Courier Laval had yet to be answered when writing this piece.

The official reasons behind the closure therefore remain unknown for the moment. The pharmacy is no longer displayed on the company’s website, as if it had vanished overnight.

“After all those years of work, dedication and relentlessness, my father was kicked out of his pharmacy and all his employees were laid off,” said Andrea Villaggi, daughter of the pharmacist owner, through her Facebook profile. “In less than a few hours, more than 30 years of work were destroyed.”

Two security guards from the Maxi Security and Protection Agency have had the mandate to watch the front of the pharmacy since Thursday, Nov. 10. Apparently, there was a strike that day, which would justify the presence of increased surveillance.

Since the sudden closure of the business, the pharmacy taking over has been overwhelmed. In addition to having a smaller space, employees working there seem overwhelmed, drugs shelves are stripped, and the waiting lines are getting longer.