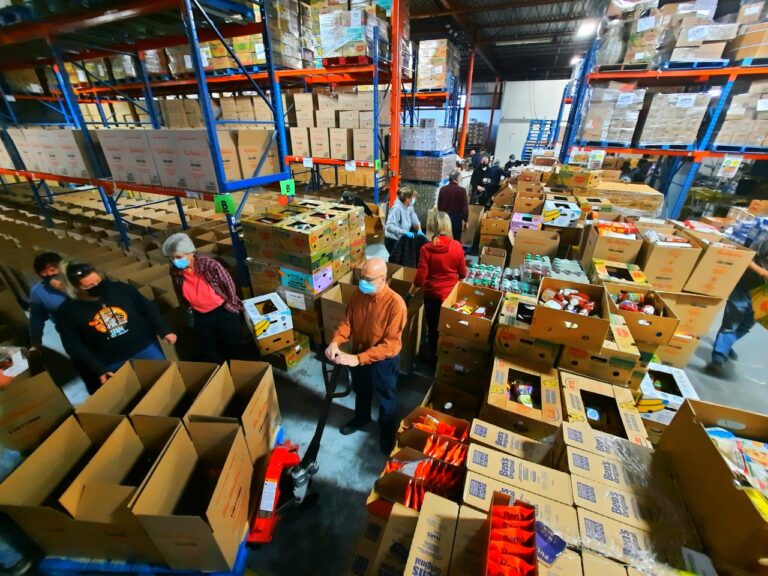 The Centre de bénévolat et moisson Laval (CBML) is launching its 38th Christmas basket campaign, which will be held from Nov. 14 to Dec. 21 in Laval.

The organization is calling for the generosity and solidarity of the Laval business community, as well as the the population during this holiday season, which promises to be difficult for many.

Having experienced a record increase in requests for food aid over the past year, the CBML has no choice, but to increase its number of Christmas baskets. Thus, the organization will distribute 200 more baskets than in previous years, bringing the number to 2,500.

“Since the beginning of October, in addition to the daily requests for food aid, people have been contacting us to make sure they’re having their Christmas basket,” said by press release José Haeck, head of the emergency food aid counter at Moisson Laval. “The requests are exploding, and the phone keeps ringing.”

“The general increase in the cost of living has caused an unprecedented increase in our requests for food aid,” added in the same press release Jean Gagnon, general manager of the CBML. “Facing this societal issue, we have decided to help as many Laval residents as possible, and distribute 200 additional Christmas baskets.”

This year, in addition to the 2,500 Christmas baskets to fill with food, the organization has set itself the goal of raising $350,000 in monetary donations. That expected amount of money will help the organization in its operations surrounding their annual campaign.

Until the end of December, the population, businesses and all public institutions in Laval are invited to take part in this major food drive, which will be used to feed 2,500 families. The distribution of Christmas baskets will take place from Dec. 18–20, at the CBML, assisted by 250 volunteers. (A.B.)