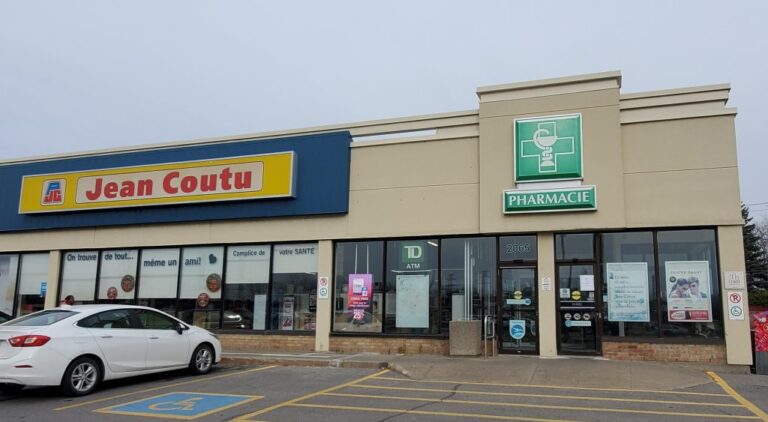 On Feb. 10, 2021, Villaggi had been notified by the Jean Coutu Group that the company would not renew neither the sublease agreement for the pharmacy premises, nor the franchise agreement. (Photo 2M.Media - Corinne Prince)
Share
Facebook Twitter LinkedIn

Pharmacist owner of Vimont’s Jean Coutu that mysteriously closed its doors last week, Luigi Villaggi, knew his business had been in danger since February 2021.

On Feb. 10, 2021, Villaggi had been notified by the Jean Coutu Group that the company would not renew neither the sublease agreement for the pharmacy premises, nor the franchise agreement.

If the franchisee wasn’t leaving the premises in time, which is by Oct. 31, 2022, the date set by Jean Coutu, a consequence was imposed: expulsion.

Even if, at the time, the owner wanted to leave the premises before the end of that month, and sell the pharmacy, we can conclude today that he had time to change his mind.

In addition to the 2017 lawsuit, Villaggi also accused Jean Coutu in September 2021 of breaching the franchise agreement.

That contract describes the granting to Villaggi of an exclusive protected territory. That means no other Jean Coutu branch could establish itself in that location.

The territory was delimited by the René-Laennec Boulevard. However, another pharmacy is established there, but “on the other side of the street”.

Villaggi requested the disaffiliation of that other business, whose existence, according to him, contravened his contract, and which was in direct competition with him.

At the time, the judge called the request “inadmissible and abusive”, and therefore didn’t grant Villaggi’s request.

On Nov. 4, 2022, Villaggi appealed the decision in a final legal attempt to save his business, which has been active in Laval for more than 30 years.

The pharmacist pleaded a double argument, consisting of administrative objects related to the lease, but above all, the harm that the closure of the pharmacy would cause to patients.

The file was deemed incomplete, and the judgment, passed on Oct. 18, ordered the owner to respect the continued obligation to leave the premises.

Testifying under the anonymity, a former pharmacy employee testified that employees present on Nov. 8 were brutally escorted outside by ushers. No justification was received from Jean-Coutu that day.

Since then, the company has remained silent, and the human resources department refuses to answer questions from employees and provide them with a termination.

“The Jean Coutu Group should have taken care of the employees, and given psychological help if needed, especially because of the way we were treated,” said Andrea Villaggi, former pharmacy employee and daughter of the owner, on her Facebook account. “[They could have] relocated us elsewhere, apologized for the situation, but no, instead, no explanation was provided, only savage and unjustified treatment towards the employees.”

For its part, the Jean Coutu Group said, in an email to the Courrier Laval News, that it understands the difficult situation for Villaggi’s employees.

“Although we are not the employer, we continue to remain available to assist Villaggi if he wishes,” the Jean Coutu Group added. “We’re hoping, and doing everything to get the situation back to normal as soon as possible for patients and employees.”