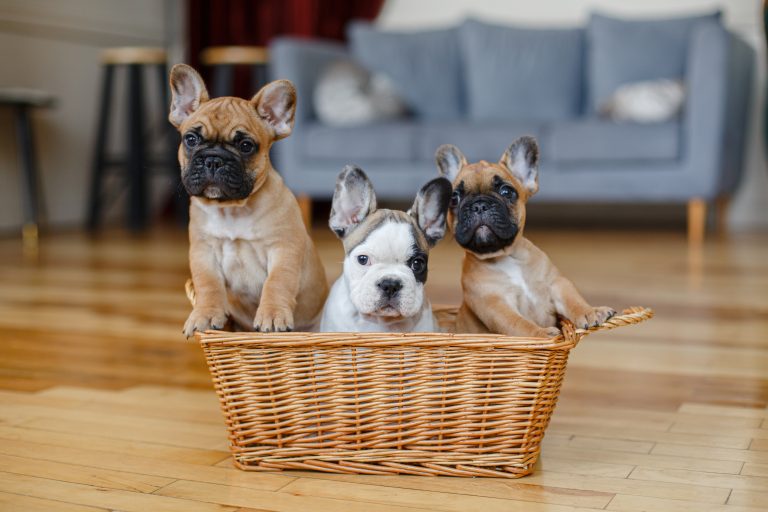 Last fall, breeders from several regions reported to their police department they had been victim of a puppy theft, reports the Sûreté du Québec (SQ).

Most of the reports had similarities. The puppies, mostly French bulldog, had all been posted on classifieds websites.

The suspects showed up in groups at the address where the puppies were, and used force, sometimes even prohibited weapons like cayenne pepper, to flee with the pets.

At the end of October 2021, an 18-year-old Laval resident was arrested, while in action, in Thurso, in the regional county municipality of Papineau.

After the arrest, SQ investigators from across the province worked together to link files, and submit them to the Director of Criminal and Penal Prosecutions, who issued arrest warrants, executed on Wednesday, Nov. 16.

The suspects had a video appearance, in connection with residential break-ins, robbery, possession of a prohibited weapon, and carrying a weapon for a dangerous purpose.

Two of the three arrested suspects were already detained on Montreal soil, in a provincial establishment.

The third suspect also remains detained, following his first appearance in the case.

“Although this made it possible to resolve a few cases, including that which occurred on Oct. 25, 2021, in Sainte-Anne-de-Sabrevois, the investigation is continuing,” said the SQ by press release. “More arrests could follow.” (B.L.)