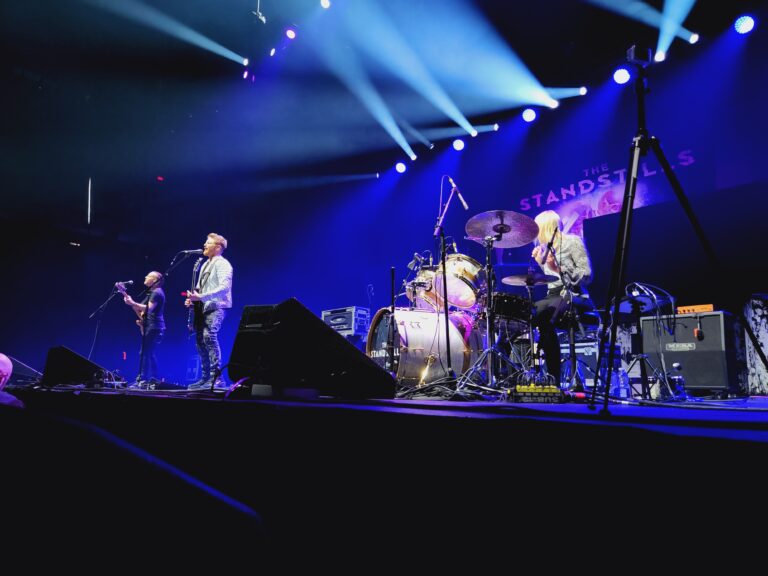 Three Days Grace was at Place Bell last night for their Explosions Tour, and fans at the show got a lot for their money.

The show was presented in three parts, with The Standstills and The Warning performing the first and second part of the concert, respectively.

Three Days Grace is well-known for songs like “I Hate Everything About Yout”, “Animal I Have Become”, “Never Too Late”, “Pain”, and “Break”.

For the band The Standstills, touring with Three Days Grace is a great opportunity to perform some songs from its new album “Shockwave”.

Singer Jonny Fox said the shows have been incredible so far.

“For us, it’s really nice to bring those songs to live on stage,” Fox said. “We’re seeing a lot of people connecting with them, which is amazing.”

The singer also added that you never really know what kind of experience you’re going to live when touring in Canada during winter.

“It’s been crazy,” he laughed. “We’ve been battling against early winter weather. However, I think it kind of makes the show a little more intense because of the storms between the performances. I’ve never seen crowds that loud before.”

Fox couldn’t point out at one favourite song from the new album. However, he laughed that the ones his band had the most fun creating were probably those that didn’t make the cut.

“Each song has a story behind it’s creation process, ” he said. “For ‘Motherlode’, we collaborated with a friend. For ‘Back To You’, that song was a last-minute thing in the studio, and it was very special that we were able to pull out something.”

While it wasn’t the first time in the province, last night’s show was The Standstills’s first in Laval.

Pélican international Among the Best