Pélican international Among the Best 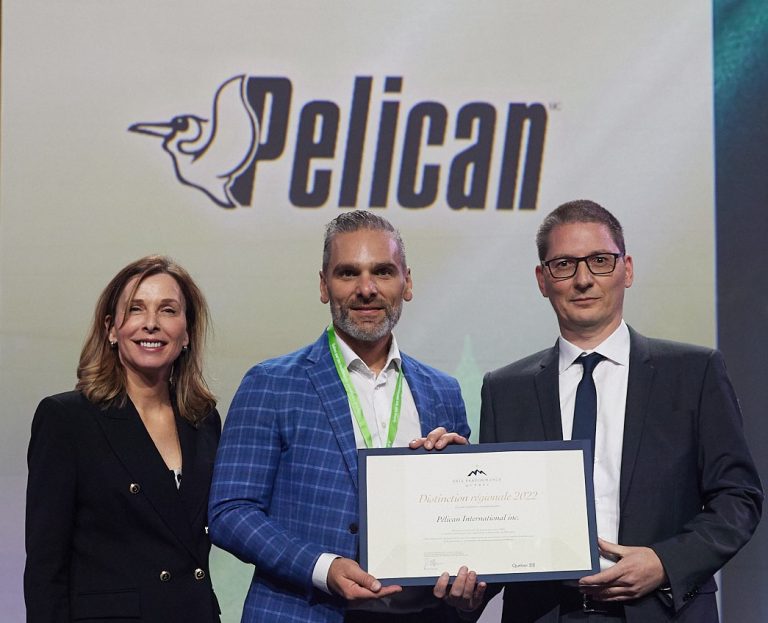 From left to right, Nadine Côté, Chair of the Board of Directors of the Mouvement québécois de la qualité, Danick Lavoie, President and CEO of Pélican International, and Alexandre Vézina, Assistant Deputy Minister of the Minister of Economy, Innovation and Energy. (Photo courtesy)
Share
Facebook Twitter LinkedIn

Laval manufacturer Pélican International (Pelican) received the highest distinction awarded annually, by the Government of Quebec, to private companies and public organizations that stand out for their management quality, and their overall performance.

A manufacturer of kayaks and other water sports equipment, Pelican was one of the 12 winners honoured at the 30th edition of the Salon sur les meilleures pratiques d’affaires, held on Nov. 24 at the Palais des congrès de Montréal. The Laval company thus earned a regional distinction, at the Prix performance Québec (PPQ).

“It represents an exceptional entrepreneurship model, contributing to the economic influence of our region,” said the Minister of Economy, and Regional Minister of Laval, Christopher Skeete.

Skeete obviously praised the “ambition”, and the “desire for surpassing” of each of the winning companies, which “make them true models for our ecosystem of entrepreneurship”.