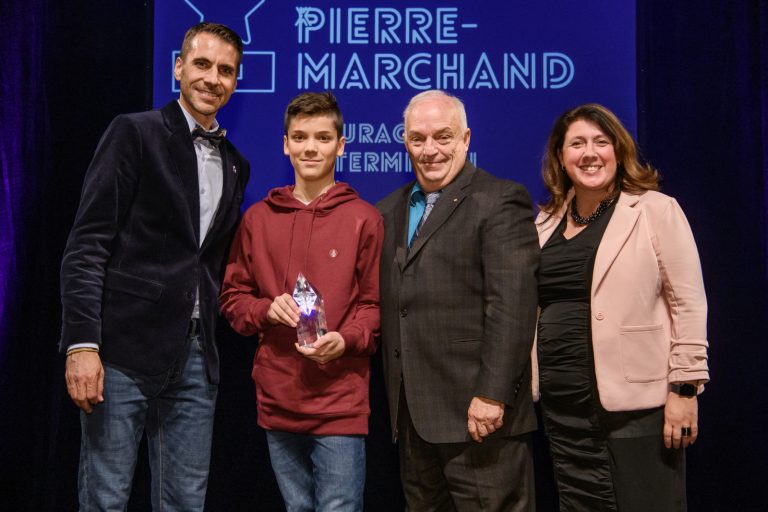 The City of Laval awarded 106 medals to athletes, coaches and officials from the region during the 64th evening of the Mérite sportif lavallois, which took place on Nov. 22, at the Marcellin-Champagnat Theatre.

Most of the medalists were participants of the 55e Finale des Jeux du Québec – Laval 2022 (Quebec Games). That evening also made it possible to recognize the dedication of all organizers of the event.

“They’ve worked for more than three years to brilliantly welcome sports delegations from all regions of the province, and promote our municipality,” said member of the executive committee and responsible for leisure and sports files at the City of Laval, Nicholas Borne, by press release.

Members of the board of directors and organizing committee of the provincial competition received a personalized gift during this evening.

For their part, the young athletes of the 22 sports disciplines of the Quebec Games were honoured. Nine gold medals (international level) were awarded, followed by 15 silver (national level) and 82 bronze (provincial level).

The Pierre-Marchand prize was awarded to triathlete Émile Pichette.

Pichette tried triathlon for the first time in 2021 to keep in shape for the alpine ski season, despite the pandemic. During that first summer, he participated in two triathlons, without obtaining performances comparable to those he reached on the ski slopes.

“He remained motivated, and his perseverance finally allowed him to qualify for the Quebec Games in 2022, after having reached the standards of the three triathlon disciplines,” specified the City. “His evolution continued during those Games, when he obtained a better result than what he had achieved in the Laval triathlon.”

Pichette also participated in four competitions during the summer, finishing with a second place in his last triathlon, in Valleyfield.

The Alexandre-Despatie scholarship, aimed at rewarding a high-level athlete, whose commitment and performance are directly linked to the City of Laval’s Physical Activity Policy, was awarded to boxer Marie-Bathoul Al- Ahmadieh.

In addition to being a provincial champion, the Laval resident was selected to represent the national junior boxing team on several occasions.

In recent months, she has won a gold medal with Team Canada at the Brandenburg Box Cup, in Germany, in addition to being named Boxer of the Tournament.

Winner of the silver medal at the Golden Girl Boxing Championship, in Sweden, she also repeated the feat at the Bornemissza Memorial Tournament, presented in Hungary.

Still on the rise, Al-Ahmadieh currently ranks first in the Canadian rankings, in the Women Jr, 57 kg category. (N.P.)