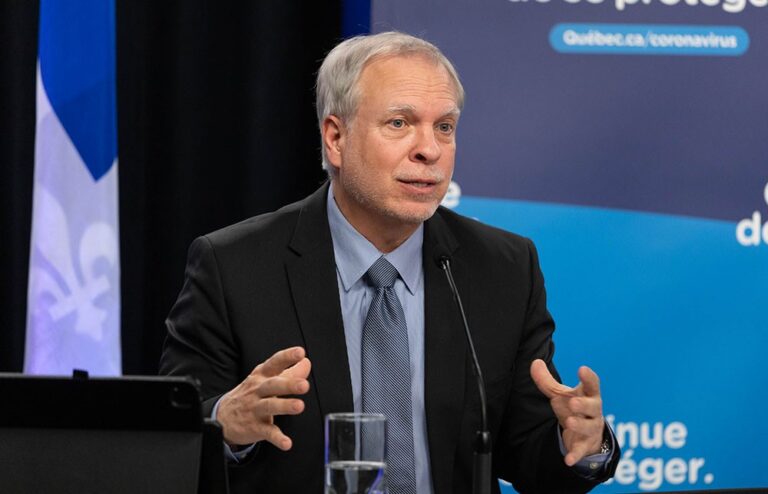 National Director of Public Health of Quebec, Dr. Luc Boileau, provided an update on the situation surrounding the evolution of infectious respiratory diseases, during a press briefing held yesterday.

He mentioned that the respiratory syncytial virus (RSV), which mainly affects young children, had already peaked a few days ago, and that its circulation is decreasing. The effect of that slowdown should be reflected in pediatric care units in the coming weeks. On the other side, the influenza’s peak has still not arrived.

“It’s a virus in strong progression,” Boileau said. “All indicators of the flu season started much faster than usual. There’s high activity, and it’s on its way to even higher.”

He added that December is likely to be tough on that side, and he expects a peak by the end of 2022.

It’s a similar case for the COVID-19 situation, which is gaining momentum again in Quebec. That is largely due to the increased presence of the BQ.1 and BQ.1.1 variants, which have become the dominant strains in the province.

No Measure for Now

Despite the difficult month that awaits Quebecers, Boileau confirmed he will not issue new recommendations for health measures.

He still invites all citizens to get a dose of vaccine against the various viruses, including the influenza, which was made available free of charge to the entire population a little over a week ago.

That’s particularly recommended for people aged 60 and over, pregnant women, people with chronic illnesses, and parents of children under six months.

Among the other possible actions, Boileau noted the fact of staying at home when flu symptoms are appearing, wearing a mask in busy environments, and limiting the exposure of young children by reducing outings and visits.

As for the mask in schools, he doesn’t believe it’s necessary to force everyone to wear it. However, he recommends it for all those wishing to do so, as well as students and staff members with symptoms, such as a sore throat or cough.