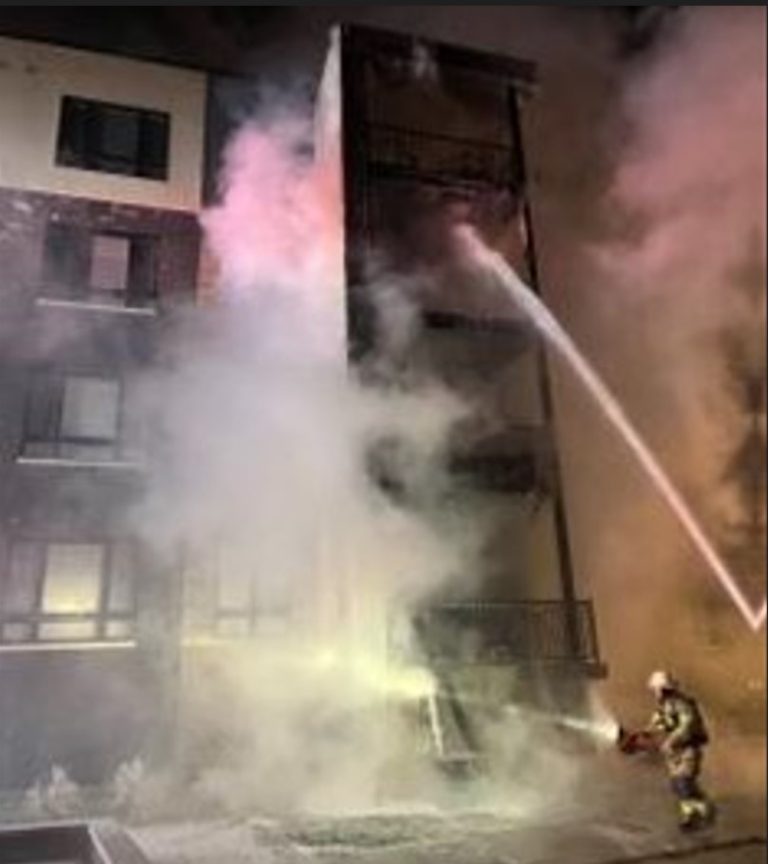 A fire of still unknown cause, affecting four of the apartments in a large rental building, caused quite a stir on Saint-Marin Boulevard (west) in the early morning of Saturday, Dec. 10.

It was 4:54 a.m. when 911 was notified of a fire in that residential area, located almost at the western end of Saint-Martin Boulevard, on the Sainte-Dorothée’s side.

Arriving at 4:57 a.m., the first of the nine units of Laval’s Fire and Safety Department required for the intervention (34 firefighters), had no trouble figuring out the magnitude of the situation.

At that time, flames were visible on the first two of the four floors of the building, in addition to reaching the rest of the structure and igniting some of the balconies.

While the wind factor forced work to be done in a temperature of around minus 20 degrees, firefighters first completed the evacuation of the premises.

The firefighters mainly concentrated their efforts on stopping the spread of the flames to the other floors and to the roof of the building, valued at $6 million, noting that the smoke detectors of the place were functional.

It was around 6:24 a.m. that firefighters brought the fire under control, but it caused damage summarily assessed at $300,000 for the building, and $100,000 for its contents.

Eight people will have to relocate following the fire. The investigation was transferred to the SPL, the firefighters having been unable to determine its origin 100 per cent.

However, the fire would have most likely started on the first floor.

Due to freezing weather conditions, a firefighter injured his ankle while executing his duties.